The artist began the development of the cycle in 1978 and continued almost until her death in 1997. Rydet began working on the cycle at an advanced age (when she was sixty-seven years old) as an established artist with a considerable exhibition portfolio.„Sociological Record” abounds in contradictions – rather than a cycle of research or inventory photography, it is a total project that sits within the tradition of intuitive artistic atlases and catalogues.

Always on the road and with a camera in her hand, Rydet never made prints from most of the negatives that "Sociological Record" comprises. As a result, only a modest portion of her work is known today, while some photographs have been re-peated many times at different shows, and in different formats.

“Zofia Rydet. Record, 1978-1990” at the Museum of Modern Art in Warsaw in 2015 attempted to recon-struct an exhibition that never came into being: on the one hand, it relief on guide-lines from Rydet’s notes and private written correspondence, while on the other hand, it added a contemporary dimension to her work through the use of currently available technologies (especially in the case of prints that have never been produced before). 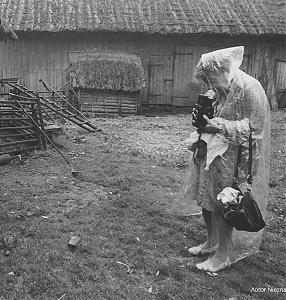