Self-organisation
As a part of 6th WARSAW UNDER CONSTRUCTION Festival

In 1969, during the meeting of the Art Workers Coalition at MoMa in New York, Carl Andre announced that the system of art itself needs to be destroyed and it can be done through creating a real community of artists.

Without concluding business relationships, organizing exhibitions, cooperating with museums, without a “scene”, cash and artists’ representation, without collectors, fame and expectations of museums or art journals, without grants and subsidies, without pedagogy at academies of fine arts and without participation of artists teaching at those institutions. This radical and nearly utopian declaration contains plenty of postulates and ideas that also refer to initiatives and actions undertaken by artists in Warsaw. Although many of them fail to present any alternative for existing and functioning structures of the art system, they undoubtedly attest that there is always room outside museums and galleries where art can be performed differently.

Artists join self-organisation activities for various reasons. Some of them do not enter any relationships with the system, wishing to create a new paradigm of art and redefine basic terms and values, while others try to join the artistic mainstream. Still others decide to act outside institutions, since their artistic practice goes beyond, undermines or in any other way opposes closure, absence or exclusion from the dominating art system - by initiating independent actions artists try to explicitly demonstrate what the system fails to notice.

Self-organisation is based on undertaking actions upon one’s own conditions, on taking control over all distribution channels that influence the artists’ work. In an essay “There is No Alternative: The Future is Self Organized” Anthony Davies, Stephan Dillemuth and Jacob Jakobsen define self-organisation as a social communication process and an exchange-based community, sharing similar problems, knowledge and available resources. In practice, this exchange can occur during a debate, a social meeting or an exhibition - each public presentation of a certain content can make room for dialogue between participants. In Hannah Arendt’s opinion, spaces and institutions of authority are established in each place where people get together to act and converse. Those who isolate themselves or do not take part in the common life voluntarily lose voice and become powerless.

However, it would be risky to say that self-organisation has got causal or transforming powers. Despite the fact that single spaces and incidents can represent the impact of grassroots initiatives undertaken by artists on the shaping of image and development of certain urban areas or local social structures, usually they are merely a response to the current socio-political situation and consequences of a changing economic system.
The exhibition documents ephemeral actions programmed by artists in ateliers, private apartments and galleries, whose way of talking about art was different from the institutional one. It shows artists outside the official stream, institutions and state financing system.

The exhibition does not attempt to map the territory, rather than indicate various directions and motifs of artistic self-organisation. 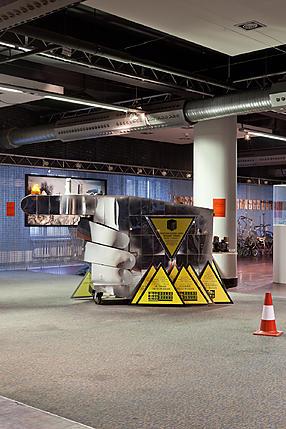 Your city is a battleground 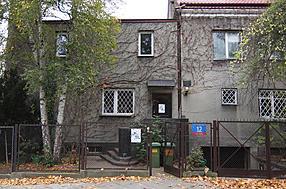