Devoted to the practice of Polish architect, urban planner, theorist and pedagogue Oskar Hansen, this exhibition traces the evolution of his theory of Open Form from its origins in his own architectural projects through its application in film, visual games and performance art by other artists.

Hansen was a member of the architectural group Team 10, whose theoretical framework, disseminated primarily through teaching and publications, had a profound influence on the development of architectural thought in the second half of the 20th century, primarily in Europe. For Hansen the role of the architect in shaping the space was limited to the creation of a ‘perceptive background’, with architecture exposing the diversity of activities and individuals sharing a space. Focusing on process, subjectivity and the creation of a framework for individual expression, Hansen turns architecture into an instrument to be transformed by its users and easily adapted to their changing needs. While teaching at Warsaw’s Academy of Fine Arts, Hansen promulgated his theory of Open Form to numerous generations of students, encouraging them to pursue art practices beyond the limits of traditional disciplines.

The exhibition develops the idea of Open Form through the main areas to which the architect applied it. Its three sections — Pedagogy of Open Form, Architecture of Events and Politics of Scale — are followed by Tradition of Open Form, located in the mezzanine of the Serralves Library and tracing the appropriation of the concept of Open Form in the works of younger generations. The architectural design of the works and objects on display refers to Hansen’s own designs for exhibitions and becomes an integral part of the display.

Cooperation on the part of Serralves Museum 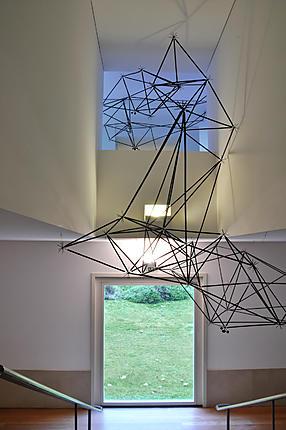 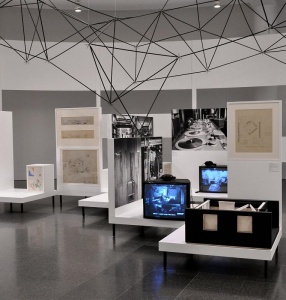