Is there a new national art? Has Poland been captured by an omnipresent style penetrating all spheres of visual culture?

The exhibition named "New National Art" refers to the suppressed or marginalized emotions in the discourse of modernity – patriotism and the feeling of national community. The artifacts presented in this exhibition were mainly created outside of the official circulation of contemporary art. They often came into being as a result of common initiatives, collaboration and a direct involvement in altering the reality.

They are characterized by the political imperative of strengthening national identity and are usually based on the opposite pole to the leftist avant-garde tradition. Thus, the exhibition raises a question about the nature of Polish relations between tradition and modernity, as well as the role of the Museum as a national institution of art. By transforming the Museum into a space where a broad spectrum of Polish national and patriotic art is presented, the exhibition attempts to overcome the division into “two Polands” so dominant in contemporary Polish art.

Exhibition "New National Art" is a sketch for a bigger project. It merely circles around the area of research into the “second circulation” of Polish culture without setting any limitations to the discipline (we present examples from the fields of comic books, sculpture, painting or hip-hop music). The official narratives created through high budget film productions, architecture or a contest for the best monument commemorating national tragedies, live next to objects whose creation was an effect of collective rank and file work, without specified authorship. Still, they are capable of expressing national and religious content by using innovative forms.

The presented installations, sculptures and films have their roots in the tension between modernity (impressive and attractive, yet threatening and alien) and Polish tradition of “Sarmatian” origin, intensified by romantic imaginaries which make Poles feel safe, but which they are not able to fit into the requirements of present times.

The exhibition is part of Solidarity Actions, which is an international program accompanying the 7th Berlin Biennale for Contemporary Art. The project involves a series of lectures, discussion group and workshops dedicated to Polish national art.

The exhibition has been realized as part of several year’s (2008-2013) international research, education and publication project called “Former West”. The project was initiated by BAK basis voor actuele kunst in Utrecht, Holland, and is supported by the Mondrian Foundation, the Culture Program 2007-2013, the European Cultural Foundation and the City of Utrecht. 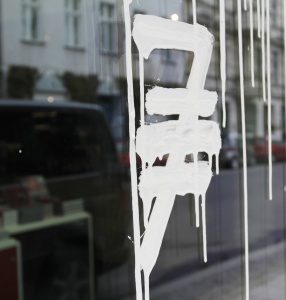 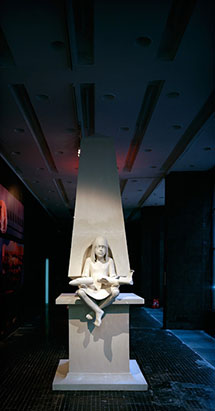