Architektura-Murator’s Collection for The Museum of Modern Art

Between 2 October and 4 January the Museum of Modern Art in Warsaw will host a unique exhibition devoted to the Polish contemporary architecture. The event will be organised by "Architektura-Murator" monthly magazine in celebration of its twentieth anniversary. Mock-ups of 25 distinguished post-1989 architectural realizations presented on the exhibition will be then donated to expand the Museum's collection.

20 years of Architektura-Murator means nearly 3000 presentations of buildings – Polish architectural realizations – selected by the journal’s team, over 2600 buildings and spaces taking part in the “Life in Architecture” competition and additionally, more than 40 meetings and conferences, 20 contests, 11 exhibitions and over 20 best layout awards. "Architektura-Murator" is the only extensive record of the history of our country’s post-communist architecture.

The summary of these 20 years has motivated us to take a special challenge – to create a collection of best architectural realizations. This collection, prepared in collaboration with the Museum of Modern Art in Warsaw, displays models of buildings that were crucial for altering the ways of thinking about architecture in Poland; that set new trends and built a solid base for special moments in history; that left others behind in terms of excellence and that bear witness of the times.

The collection, prepared to celebrate the 25th anniversary of the 1989 political transformation and the 20th anniversary of Architektura-Murator monthly magazine, will show the significance of architecture for the Polish transformation: not only its important social, economic and cultural role, but also its significance as an element of identification and its worthiness in the process of creating the image of Poland abroad.

The collection will include mock-ups of well-known and frequently awarded buildings constructed in Poland in the last 25 years: Museum of the History of Polish Jews in Warsaw, New Silesian Museum, Museum of Tadeusz Kantor in Krakow, Scientific Information Centre and Academic Library in Katowice or PGE Arena in Gdansk. Visitors will have a chance to see the works of best Polish architects, among others, Stefan Kuryłowicz (Nautilius, Vitkac) and Robert Konieczny (Aatrial House, Safe House) as well as eminent foreign architects such as Helmut Jahn (Cosmopolitan Tower) or Fernando Menis.

Most mock-ups presented at the Museum of Modern Art have been created especially for this exhibition, with the designing and financial involvement of particular architects and studios. Owing to this – in line with the central idea of the collection – the exhibition focuses on an individual expression of most important features of buildings and treats a model as a sculpture, model or expression of designing processes. Therefore, it may lead to a better understanding of a phenomenon of working out a concept and in consequence, to the emergence of outstanding architectural designs – said Ewa P. Porębska, the initiator of the collection.

The selection of buildings has been carried out by Architektura-Murator’s team and the Museum of Modern Art. Each model donated to the museum has been described in detail and the object it represents has been analysed in the context of the history of contemporary Polish architecture. What is important, hundreds of other significant buildings constructed after 1989 will be exhibited in the form of multimedia presentations.

Architektura-Murator’s collection is unique not only in domestic scale. Few museums worldwide can pride themselves in a collection of architectural models that not only constitute an important and practical tool at architect’s work, but are also true works of art. For example, a wide range of historical and contemporary buildings presented in the form of models is found at the Victoria and Albert art and design museum in London.

The exhibition will be supplemented by a number of accompanying events. A festive opening will be lined up with the celebration of the 20th anniversary of Architektura-Murator. Between October and December 2014 the Museum of Modern Art will host meetings and discussions devoted to contemporary architecture in the context of its meaning to culture and economy of the country.

After two months’ exposure in the centre of the city, in the main exhibition hall of the Museum (on an area of 1700 m2), the Architektura-Murator’s collection will become a property of the Museum of Modern Art, adding up to other invaluable cultural objects. 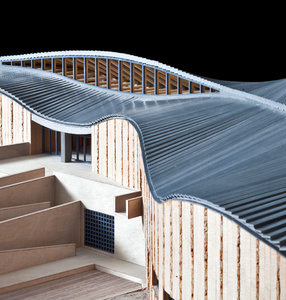 Architektura-Murator’s Collection for The Museum of Modern Art 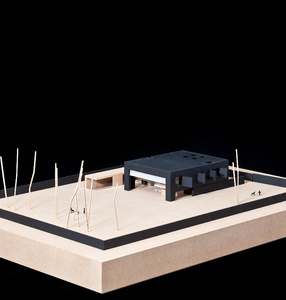 Discussion accompanying the Collection of "Architektura-murator" for Museum of Nodern Art in Warsaw THU, Oct 9, 2014, 6:00 PM