Helmut Jahn – born in Germany and associated with the United States – is one of the most important contemporary architects, whose achievements include over a hundred prestigious projects. Designed as a retrospective of his work, the exhibition takes us on a journey around his most famous projects in the United States (e.g. the Chicago James R. Thomson Centre, a New York skyscraper), in Europe (e.g. the Berlin Sony Centre, the Frankfurt Trade Fair Tower, the Munich airport), in the Middle East (e.g. the Doha Convention Centre Tower), as well as Central and East Asia (e.g. the Bangkok airport, the Shanghai International Financial Centre). Additionally, the exhibition is also a presentation of his career development over the last 40 years. It features photographs of buildings, 1:500 scale models and original sketches and drawings with Jahn’s comments, depicting the design process from the sketch to its final completion and implementation. A common feature of Jahn’s architecture is to combine large, and usually very tall buildings, with the urban fabric, and to blur the boundaries between public and private spaces.

“To me, urban space is essential to architecture. All my buildings respond to the existing urban space, while creating it with their arrangement and rhythm. The twenty-first century architecture needs to follow the changing times. Only then will we be able to make things meaningful, demonstrate our emotions and joy, and create signs expressing the values of our society, and making use, or even increasing its capacities. These are the signs that build new relationships between people and their surroundings. Today, urban space is an exceptionally vital element that brings architecture and people together - says Helmut Jahn.

In 2014, we will witness the completion of the first building in Poland to be designed by Helmut Jahn – the Cosmopolitan Twarda 2/4. This residential building by Jahn is being erected next to the multi-storey apartment buildings from the 1960s, as an example of mixing and coexistence of various urban phenomena - high-tech architecture, the renovated remains of Jewish Warsaw in Próżna Street, and the residential buildings from the communist era, all centred around the renewed Grzybowski Square, where architecture and urban space are more likely to complement, rather than compete against, each other.

This exhibition is the result of collaboration among the Cosmopolitan Twarda 2/4, the Museum of Modern Art in Warsaw, the Association of Polish Architects, the State Museum for Art and Design in Nuremberg and the International Design Museum - Neue Sammlung – in Munich. 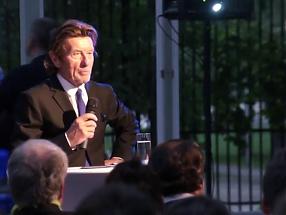 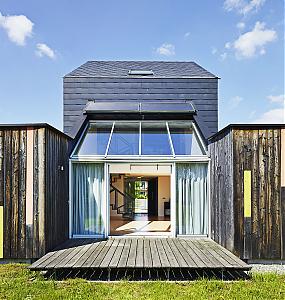 For example. The New Polish House