How to break down the routine of the education system in which frontal teaching and data-learning are still the generic formats of gaining knowledge?

Referring to the examples from the visual arts and architecture, the exhibition “Creativity Exercises” demonstrates how open and participatory forms of learning such as different techniques of montage, movement exercises, utopian architectural models, non-verbal communication games, or collective actions can fuel the imagination and contribute to the formation of experimental and democratic communities.

The title of the exhibition was borrowed from Miklós Erdély and Dóra Maurer’s art course held in Budapest between 1975 and 1977. Tracing similar examples of self-organized transdisciplinary study circles of the 1970s and earlier pedagogical experiments connected with the artistic milieus of the Bauhaus, Black Mountain College and the Situationist International, the exhibition discusses the pedagogical potential of art and contributes to contemporary debates on the educational turn in the visual arts, and the industrialization of creativity.

Discussing alternative practices of art education in the context of critical and emancipatory pedagogy, the exhibition defines creativity as a form of agency that is brought to life when the web of relations and roles surrounding the individual is dislodged. It is not a quality, nor an ability to be developed, but an interpersonal agency that enables critical, community-based learning. This does not mean the passive intake of information units, but the (inter)active shaping of personalities and interpersonal relations, the empowerment of groups and individuals, so that they can be critical and responsible social actors.

The exhibition collects examples of pedagogical activities of artists and architects who, similarly to influential reformers of education such as Paolo Freire or Ivan Illich, searched for new methods of learning that would stimulate social engagement and the formation of political subjects. Using diagrams, visual aids, didactic apparatuses, experimental pathways, spaces of pedagogical experimentation and community-forming processes, artists and architects such as Robert Filliou, Lygia Clark, Oskar Hansen and Tamás Szentjóby designed models of creating an open society.

The architecture of the exhibition, designed by Tamás Kaszás, refers to Robert Filliou and Joachim Pfeufer’s “Poipoidrom,” an architectural installation developed in the 1960s that in its space reflected the consecutive steps of the creative process. One of its chambers, the PoiPoi Cabinet, embraced a plethora of cultural references that could be used to feed further processes of creation. The exhibition, being a PoiPoi Cabinet itself, also treats the presented pedagogical activities as a source of inspiration, offering the audience a possibility to experiment with alternative forms of learning during a series of workshops organized by the museum’s educators.

The exhibition is a continuation of a project that was previously presented at the Galerie für Zeitgenössische Kunst in Leipzig (2014) and tranzit.hu in Budapest (2015). 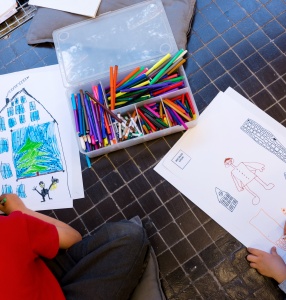 Workshops for kids at the "Creativity Exercises" exhibition 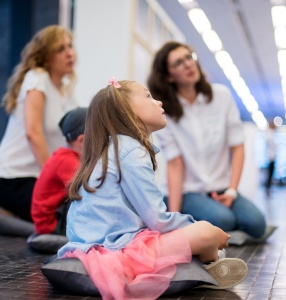 Why Do Kids Need Artists? 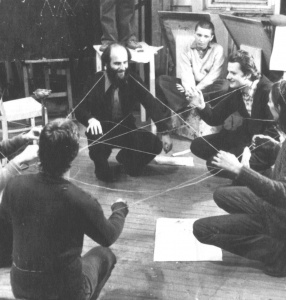