The Museum of Modern Art in Warsaw presents “Wydomowienie / Unhoming”, the first solo show in Poland by the Palestinian artist Ahlam Shibli, which consists of three photo series: “Dom Dziecka. The house starves when you are away”, “Trackers”, and “Dependence”.

In the three series of photographs presented in Warsaw, the artist goes beyond the experience of her own society, detecting signs of social instability in a broader historical and sociopolitical context.

“Dom Dziecka. The house starves when you are away” (2008) is a series of colour and black and white photographs, taken by Ahlam Shibli last year in 11 Polish orphanages - they are displayed for the first time at the Museum of Modern Art in Warsaw. “Trackers” (2005) is concerned with the Palestinians of Bedouin descent who served or are serving as volunteers in the Israeli Army, while “Dependence” (2007) is concerned with relations between immigrant care workers and their employers in Barcelona.

All those photo series focus on displaced individuals or groups. As the neologism used in the title - “Wydomowienie/Unhoming” - implies, the issue of home, or the lack of it, is central in those works. Ahlam Shibli's camera provides an insight into the life of the orphanages, into the functioning of a military camp as well as the houses where immigrants work. The artist observes the interiors, inquires the relationships among the members of the groups, follows the moments of intimacy and records all those apparently futile events in the daily routine. The three series are a result of artist's intensive research and preparatory work in the locations. They are a product of her personal engagement with the subject she deals with, and her mission to cast light onto the otherwise "invisible" members and phenomenon of the society.

Generous support for this exhibition was provided by Mr. Marek Rytych, member of The Society of Friends of The Museum of Modern Art in Warsaw.

Ahlam Shibli was born in 1970 in Palestine. She lives there, recording the realities created by – as she puts it herself - ongoing violations of Palestinian land rights. From 1999 to 2009, Ahlam Shibli has realized several major series of photographs - Interrupted River, Horse Race in Jericho, Wadi Saleib in Nine Volumes, Voyage in Mt. Tabor, Unrecognised, Self Portrait, Five Senses, Positioning, Goter, Catastrophe: Mt. Tabor, Berlin, Refuge in Frost, and Halisa, Trackers, Market, Eastern LGBT, Arab al-Sbaih, The Valley, and Dependence which have been shown at museums, galleries and biennials in Asia, Europe and Latin America. 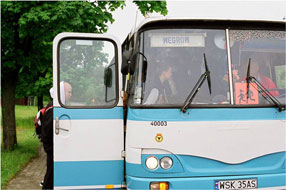 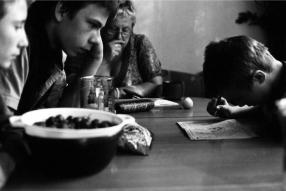 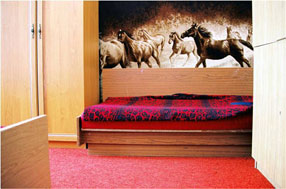