Jack Smith was an American artist, actor connected with the underground theatre and film, author of experimental movies, performances, photographs and scenography.

He disregarded boundaries between life and art and had very little recognition for standards – whether artistic, moral or legal. Mostly known for his films - devoid of narrative continuity, often shot frenetically in a manner referring to kitsch Hollywood productions of the 1930s and 40s. He owed his unique expression to the poor technique, slapstick jokes, psychedelic effects and peopling his productions with strange figures from his surroundings. We can find here the members of the New York bohemia, transvestites disguised and made up by Smith, whom he called the “beings” or “the stars of Cinemarocco”, an imaginary film studio.

Smith was also the author of performances, made on streets, which created an improvised anarchist theatre. In his aesthetics, Smith used to reach for what was found on the waste heap of the contemporary culture, hence his avocation for died away stars, shoddy ornaments and people cast away by the society. Such was the case with the Jungle Island, Smith’s film screened in Kinomuzeum from a 16 mm tape, with the leading part played by Mario Montez – the famous drag queen and full-time superstar of Andy Warhol’s Factory. The entire film follows the fantastic, baroque aesthetics deeply saturated with the colours of tropical landscapes. Mario’s character serves the function of a tribute to Maria Montez, star actress of American productions of the 1940s, Dominican beauty and queer icon.


It was the Cobra Woman itself, the fairy-tale Technicolor performance directed by the master of the noir fiction, Robert Siódmak, that inspired Smith to shoot the Jungle Island to such an extent that the camp master used marijuana leaves to reconstruct the exotic confections of Maria Montez. Maria Montez, the title Cobra Woman, plays the double role of twins separated right after birth. The good sister is kidnapped during her wedding night and taken to Cobra Island, where she is supposed to dethrone the cruel sister – the queen of the island, who terrorizes the residents with bloody rituals. 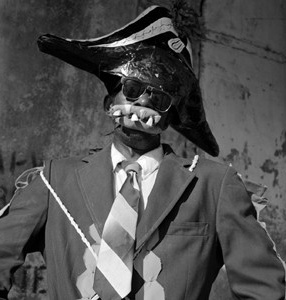 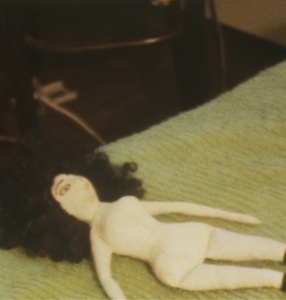