City means: diversity of space, lifestyles and cultures. It is heterogeneity that turns a city into a metropolis.

At the same time, all around the world, there are islands of social segregation resulting from the fact that cities have been developed privately. The growing segregation threatens urban communities. Therefore, not only do we need to reject homogenisation but also segregation of various communities. Only by enabling various social groups to contact one another, can you avoid the extreme forms of homogeneity islands – both Gated Communities and No-go Areas.

The task of urban development policy is to obtain public approval of heterogeneity, including all social, ethic, cultural and spatial differences; construction of the “heterogeneous model” allowing for the inclusion of all heterogeneous situations in the urban space.Nowadays, architecture is no longer defined object-wise, but by its ability to reflect the programmatic openness of the modern city.

Planning, understood in classic terms, becomes less and less meaningful. „We subject ourselves to a lot of lifestyles at the same time – from easygoing social contacts to our private life. And more and more frequently, we realise that keeping up appearances, the external facade, is not that important at all. Perhaps, this is a social transformation which needs to be allowed in architecture as well” – says architect Arno Brandlhuber. 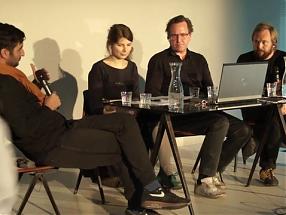