HOUSES OF ARCHITECTS – LABORATORIES OF IDEAS
WARSAW UNDER CONSTRUCTION 5

Just what is it that makes the architects' houses so different, so appealing? During this one-evening symposium, we will attempt not only to reveal the specificity of the residences built by architects for themselves and their relatives, but also to discuss their contemporary condition.

Focusing on the Hansen House in Szumin, the Wittgenstein House in Vienna, the Schindler House and the Eames House in Los Angeles, we will examine the after-life of those buildings. Are the architects' houses the spatial manifestoes of their owners' ideas? If so, how to preserve their experimental character? How to renovate and programme such space not to change it in a lifeless museum?

This event is organised within the framework of the project “Oskar Hansen (1922-2005). A research and exhibition project dedicated to the work of Hansen and the preservation of his ideas in teaching architecture and visual arts in Poland and Norway”, financed by EEA grants from Island, Lichtenstein and Norway, as well as domestic resources.

An architectural firm established in 1995 by Frank Escher and Ravi GuneWardena. The wide range of its activities includes development of innovative projects in the field of architecture and urban planning, arrangement of exhibitions and art installations (e.g. in cooperation with Sharon Lockhart or Olafur Eliasson), as well as renovation of modern architecture. Among the latter, it is worth mentioning the renovation of Chemosphere by John Lautner in Los Angeles carried out for Benedikt Taschen and the renovation of Charles and Ray Eames’ house in Los Angeles (in cooperation with Getty Conservation Institute, the project is still in progress).

Curator, writer and architect, and since 2002, she has been in charge of the MAK Centre for Art and Architecture in Schindler House in Los Angeles. She was also the commissioner and curator of the US exposition at the 11th Biennale in Cairo (2008), initiator and co-curator of the exhibition How Many Billboards? Art In Stead (2010), co-editor of Urban Future Manifestoes (2010) and co-author and co-curator of the exhibition and publication Sympathetic Seeing: Esther McCoy and the Heart of American Modernist Design (z Susan Morden, 2011).

Austrian multimedia artist and Professor of Universität für Angewandte Kunst in Vienna. Researcher of architectural activities of Ludwig Wittgenstein, author of the book "The Wittgenstein House" (Princeton Architectural Press, 2000). Thanks to his efforts, at the end of the 1960s and beginning of the 1970s, the Vienna Wittgenstein House was saved from demolition.

Just what is it that makes the architects' houses so different, so appealing? Short introduction
Aleksandra Kędziorek (Museum of Modern Art in Warsaw)

On the after-life of architects' houses and the Schindler House in Los Angeles
Kimberli Meyer (MAK Center for Art and Architecture, Los Angeles)

On the practical aspects of the renovation of architects' houses and the Eames House in Los Angeles
Frank Escher and Ravi GuneWardena (Escher GuneWardena Architecture, Los Angeles) 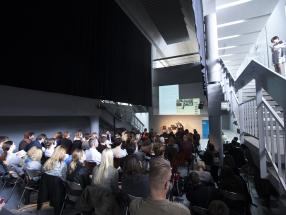 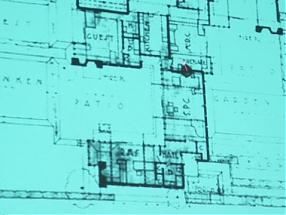 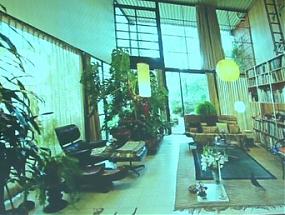