Introduction to the History of Public Art in Warsaw
Research session

This session is devoted to the history and ideological potential of Warsaw’s public art of the XX and XXI century.

After the big boom in this artistic field of the first decade of the XXI century, not many works of public art have been created in Warsaw in recent years.

Sculptures and installations have been replaced by initiatives aimed at responsible use of the public space, publications that arrange the knowledge on grassroots designing and modernist architectural heritage as well as series of debates and conferences. WARSAW UNDER CONSTRUCTION festival is also an example of such change of focus – from an object to a situation. After the first – artistic – edition, in the following years the festival mainly concentrated on “the production of knowledge” in collaboration with experts from various fields of interest.

The impact of Julita Wójcik’s “Rainbow” or subsequent realizations in Bródno Sculpture Park on the urban space shows that public art should not be underestimated. In reference to the main topic of this year’s edition of WARSAW UNDER CONSTRUCTION festival, namely the impact of creative circles on the city, let us return to art and artists.
Ewa Tatar will present an outline of public art in Poland in the years 1945 – 1989. Maria Poprzęcka will focus on the most significant post-1989 public space production, that is Joanna Rajkowska’s “Greetings from Jerusalem Avenue.” Ewa Majewska will analyse ideological disputes sparked off by the installation of Julita Wójcik’s “Rainbow” on the Saviour Square. Stanisław Ruksza will deal with public art that refuses to imitate “social work”, starting with the "Universal" project executed by Grzegorz Drozd and Alicja Łukasik at Dudziarska housing estate.

The catalogue of Warsaw’s works of public art has been made available at the Museum’s website. 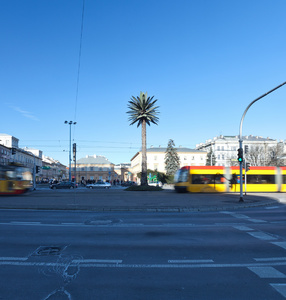 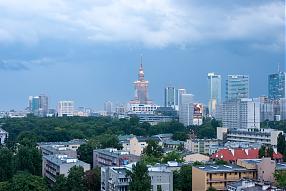 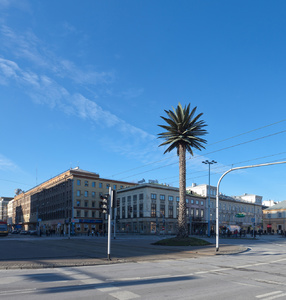 From the Sigismund’s Column to the Palm Tree