Despite the fact that East and Central European architects cooperated with the people from Team 10, which was central to the debate about post-war architecture, they never defined themselves as s group. However, the experience of living in the communistic countries became a common denominator of their activity.

During the workshops accompanying the conference OSKAR HANSEN – OPENING OF MODERNISM, the issues related to the architectural activity of Oskar Hansen, Alexis Josic, Radovan Niksić, Jerzy Sołtan, and the Check-Slovakian architects will be discussed. The book to be published in 2014 will sum up the workshops.

The workshops being a part of the conference OSKAR HANSEN – OPENING OF MODERNISM have been co-financed by Iceland, Liechtenstein and Norway under the European Economic Area Financial Mechanism. 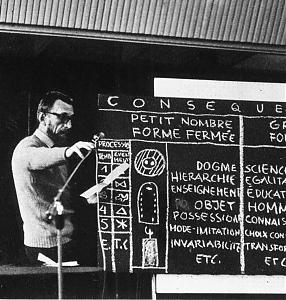