Slavs and Tatars is an international artist collective established in 2006. They will present their newest publication titled "Friendship of Nations. Polish Shi'ite Showbiz" at the Museum of Modern Art in Warsaw.


The meeting with Slavs and Tatars accompanies the exhibition of the collection of the Museum of Modern Art in Warsaw as part of which the group’s two works will be presented. These works touch upon the issue of the language, including the one titled Khhhhhhh, dedicated to the consonant absent in Western European languages. Typical for the group, PrayWay is an interactive work to serve as a place for meeting, debate, communication and exchange of thoughts.

The artists use various media and forms of expression to create installations, objects, performance lectures or their own publications. They participate in numerous group and individual exhibitions all over the world, including the Vienna Secession Pavilion and the New York MoMA. In their activity, Slavs and Tatars – as underlined by the group’s members themselves – “focus on what’s going on to the east if the Berlin Wall and to the west of the Chinese Wall.” In their projects, Slavs and Tatars juxtapose concepts that are seemingly opposite or far away from each other, such as Islam and communism, metaphysics and humor, pop culture and geopolitics. 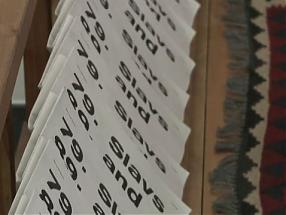