Museum of Modern Art in Warsaw invites to a review of films by Jill Godmilow.

Valerie Solanas’ 1967 SCUM Manifesto has yet to be published in Polish. The 1976 French film SCUM Manifesto, by Carole Roussopoulos and Delphine Seyrig, is not available through official distribution channels. Our film, a faithful remake of the original, can be regarded as a sort of remedy for both maladies. Its purpose is to rekindle the memory of Valerie Solanas while paying homage to the French filmmakers who adapted her manifesto for the big screen.
This reference to the most radical of all feminist proclamations in a radical, cinematic form is neither historical nor incidental. It permits the expression of outrage at that which can be associated — in Poland, the United States, and across the world — with male dominance. Namely, military violence, religious fundamentalism, and economic exploitation, as well as any form of inequality that stems from the inequality of men and women in the family, the workplace, in power structures, in public life, and in historical discourse. It is our feeling that, given the conservative turn we are currently observing in many countries — certainly in Poland and the United States — these inequalities will only grow deeper, leaving women stripped of their civil rights by limitations on reproductive rights and the imposition of traditional social roles.
In 2017, given the above circumstances, considering the consequences of the actions of mad dictators, warmongers, supremacists, capitalists, nationalists, and fanatics, and mindful of their rhetoric, in which patriotic and religious slogans are tinged with violence and contempt — the words penned by Valerie Solanas no longer seem excessive or irrational. Her feminist manifesto strikes a sensitive chord, allowing us to voice our opposition and anger. At the same time, it prevents us from forgetting that the author herself once picked up a weapon and used actual — rather than poetic — violence against another human being.
Cognisant of these historical and contemporary contexts, we feel that solidarity is the only weapon we have. We therefore encourage others to shoot their own remakes of SCUM Manifesto in all the languages of the world. Our film picks up the baton and at once passes it on. 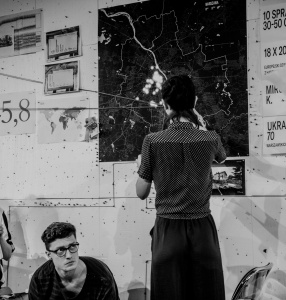 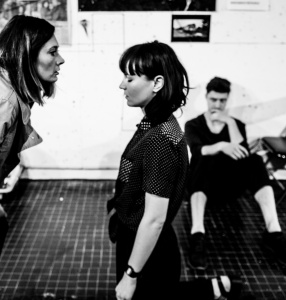 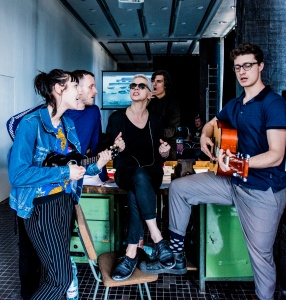 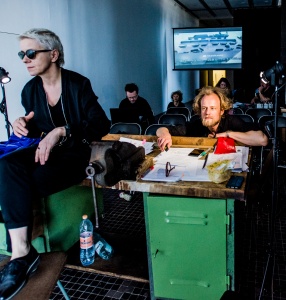