Compared with major performance art in Western cities, many performances in the 1960s were not well or not at all documented either photographically or filmed, as they were performed without any announcement or pre-arranged photographing or filming.

However, some artists were keen not only to document but also to present their performances in the mass media, including weekly magazines and both in experimental and commercial films. Here I will present those films, mostly of Zero Jigen, to show ‘vulgar and visceral’ performances as a part of the popular tradition of street performance and counter-culture of the 1960s.

The meeting will be accompanied by a discussion with Kuroda Raiji and André Lepecki .

To download the texts in preparation for the seminar please send an e-mail to the following address: info@artmuseum.pl

Kuroda Raiji (A.K.A. KuroDalaiJee) is an art historian and curator. The exhibitions he has researched and organized while working at Fukuoka Art Museum (1985-99) and Fukuoka Asian Art Museum (1999 to-present) include the first retrospectives of Kyushu-ha (1988), Neo Dada (1993), and Collective Kumo (1997), and the solo exhibition of Rasheed Araeen (1993), Lee Bul (2001), Lionel Wendt (2003), Long Chinsan (2011). He also co-curated The 1st Fukuoka Asian Art Triennale 1999 (FT1), FT2 (2002), FT3 (2005), FT4 (2009) and FT5 (2014). In 1991 and 1995, he served as commissioner of the Japanese section for The 5th and 7th Asian Art Biennale Bangladesh. His independent research has focused on documenting the important yet forgotten performances by visual artists of the 1960s, including Zero Dimension. He published his first book on such performances, Anarchy of the Body: Undercurrent of Performance Art in Japan 1960s (grambooks, Tokyo) in 2010. Awarded Art Encouragement Prizes by Japan's Agency for Cultural Affairs,2010, and the Kim Bokjin Prize in Korea, 2013. His most recent book is a collection of short essays on Asian modern and contemporary art, Behind the Globalism: Sketches on Contemporary Asian Art 2009-2014 (grambooks, Tokyo) in 2014. 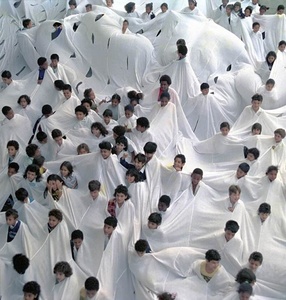 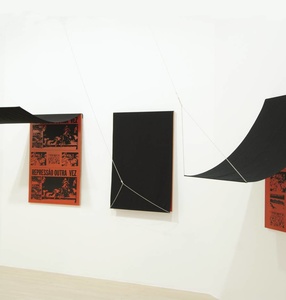