The Museum of Modern Art in Warsaw invites you to the opening of Agnieszka Polska's exhibition "Plan Tysiącletni" and a DJ set, featuring Nathan Gray, Tomasz Kowalski, FOQL and Dis Fig.

Unsound is the music partner of the vernissage, and the event itself announces the second edition of the interdisciplinary festival Ephemera, which takes place on August 26-29 in various locations in Warsaw.

The Museum on the Vistula has a limit of 50 people and an additional pool of 20 places for people who voluntarily show proof that they have been vaccinated.

Dis Fig
for Berlin-based producer and DJ Felicia Chen (aka Dis Fig), risk-taking and provocation is an integral part of the creative process. Chen's live show fleshes out the unflinching sonics of debut LP PURGE (released in Spring 2019 on New York collective and experimental label PTP) into an astonishing and annihilating spectacle, her singularity on stage only augmenting the sense of a very personal rite of exorcism. Marking a move away from the dancefloor strictures that Dis Fig continues to explore in her full-blooded, multi-layered DJ sets, PURGE is a calculated procedure towards a new chaotic world. Tinted by fever dream atmospherics, Chen places her own vocals, which morph between inconsolable distorted wails and polyphonic reverie, at the forefront. Purge is an involuntary act; it journeys into the body-breaking cost of emotional repression and the crippling catharsis that inevitably follows.

FOQL (stands for Justyna Banaszczyk)
experimental electronic music and sound artist, author of radio dramas, film scores, and video game soundtracks. Her tracks bring to mind IDM and industrial, but their most distinctive feature are complex rhythms and often harsh sounds, constant exploration and contradicting the artist’s own musical identity – a trait that is reflected in her largely improvised live performances. Occasionally reaches for vinyls and four-track tape recorders to create sound collages and mixtapes under the moniker Głupiec (meaning “fool”). SHAPE Platform artist in 2020, nominated by Unsound. Justyna co-runs Pointless Geometry label, which releases experimental electronic music. She is also co-founder of Radio Kapitał, the first community radio in Poland. She is also former member of Oramics collective.

Nathan Gray
Gray's works use the voice as a medium and take the form of lecture-performances, radio plays, narratives, and rumours. These works expand the sonic possibilities of the spoken word by means of microphone technology and digital processing, often demonstrating scientific or perceptual phenomena using the voice as an example with curious, sometimes humorous conclusions. Gray's exploration of experimental oratory includes hosting The Weirding Module, a radio program that explores the spoken word in contemporary art and experimental music, co-curating The Mouthfeel concert series with Lucinda Dayhew and Rogue Syntax: Primer, an audio series featuring Makiko Yamamoto, Danni Zuvela, and linguist Dr. Rikke Bundgaard-Nielsen a podcast series that explores linguistics from an artistic perspective.

Tomasz Kowalski
studied painting at the Academy of Fine Arts in Kraków (2004-2009). He is the winner of the Guerlain Foundation Drawing Award (2014). Kowalski shapes a critical and associative portrait of a present marked by accelerated change. His paintings, sculptures and music capture the diffusion of a centreless world and the ways in which such conditions impact our perceptions of basic categories, such as selfhood, space and time. His works suggest a conception of society where sleep, introspection, dreaming and wakefulness are equally present. They assert the unconscious as a liberating force – at once in and out of this world. 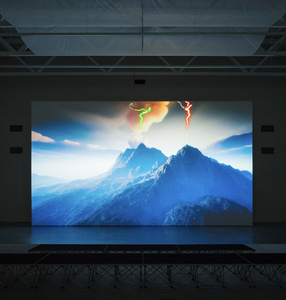 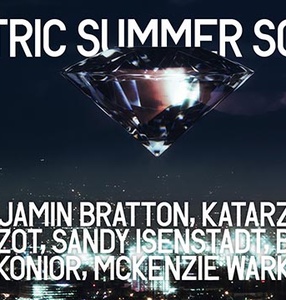 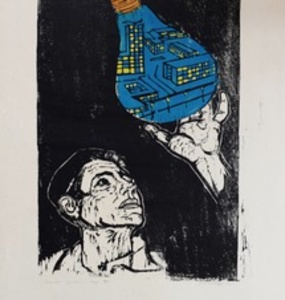 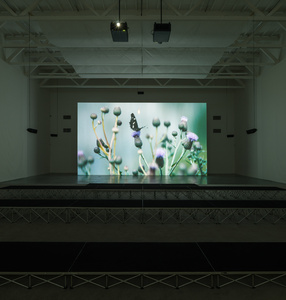 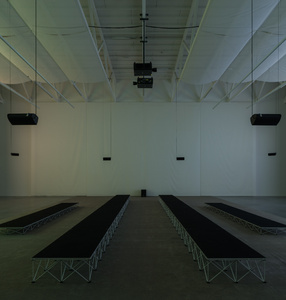