The first lecture from the series "Points of Convergence" is dedicated to one of the fundamental terms in the theory in perfomance: the notion of corporeality.

This lecture addresses one of the fundamental concepts in performance theory: corporeality. By analyzing some key moments in the history of performance art, body art and experimental dance, from the late 1950s to today, I will suggest how performance rearticulates and undoes accepted categories of body, self, group and even the human.

Corporeality appears thus as a limit-concept both attached and detached from the body, a zone of indeterminate potencies linked nevertheless to the very material conditions of living, laboring and dying. It is by activating this zone and its elements that performance acts its provisional suspensions of what some still call the "human."

Dance critic and curator working mainly in the field of performance studies, choreography and dramaturgy. Lecturer at the Faulty of Performance Studies and the University in New York.

His texts are published in various types of periodicals, he is also the author and co-editor of several important publications on performance arts. Lepecki is a curator of exhibitions and performance art festivals, including the reconstruction of the happening by Allan Kaprow “18 Happenings in 6 Parts” which received awards during the Performa festival in 2009. In 2010, together with Stephanie Rosenthal, Lepecki was the co-curator of the Archive of Dance and Visual Arts from 1960 until present days, which constituted part of the exhibition entitled: “Move: Choreographing You” in Hayward Gallery in London. Lepecki is the author of the following publications: anthology entitled “Dance”(2013), “Exhausting Dance” (2006), and the editor of “Planes of Composition” (with Jenn Joy, 2009), “The Senses in Performance” (with Sally Banes, 2007) and “Of the Presence of the Body” (2004). He is also a member of curator teams of several academic periodicals from the area of performance arts, like “Performance Research” (UK), “Dance Research Journal” (USA), “Choreographic Practices” (UK), ”Revista Dança” (Brazil). His publications on dance and performance are published, among others, in “The Drama Review” (USA), “Artforum” (USA), “October” (USA), “Nouvelles de Danse” (France). 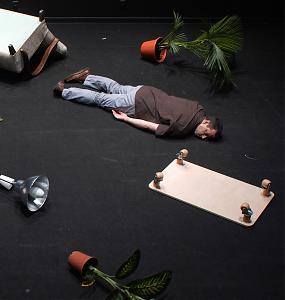 Theories of embodiment in performance studies