Guided tour in English
of the "Plac Defilad: a step forward" exhibition

The Museum of Modern Art in Warsaw, Museum of Warsaw and Galeria Studio would like to invite you to take part in guided tours of the exhibition.

The main exhibition of this year’s edition of the festival WARSAW UNDER CONSTRUCTION presents various faces of Plac Defilad shaped by history and transformation processes.

The identity of the site has been determined by occasional large-scale events. The most significant of them included the World Festival of Youth and Students (1995), Władysław Gomułka’s address during the political “thaw” (1956), holy mass celebrated by the Pope (1987) and the modern-day annual concerts organised to celebrate New Year’s Eve and the Grand Finale of the Great Orchestra of Christmas Charity.

The exhibition looks at this centrally located public space through the lens of activists, urban planners and architects; it offers an account of several decades of planning and heated debates. The show also reports on the moments when – instead of the subsequent unimplemented concepts – the reins in the square were taken over by spontaneous urban life, free trade, triumphant cars and failing incompetent spatial management. The energy of taking matters in one’s own hands without regard for the good of the community as well as a blind eye turned to wild reprivatisation of properties came well ahead of the establishment of an urban square with a democratic space. The development of the site according to the needs of the inhabitants was postponed indefinitely several times.

The tours will also address the issue of foreign contribution into Warsaw's historical arcitecture and urban development, particularly in terms of the squares presented in the gallery.

educator, Warsaw city guide and translator, collaborating with SWPS University of Social Sciences and Humanities and Collegium Civitas as well as the Art Transfer Foundation and Museum of Modern Art. Her main interests include social communication, cooperation, multicultural and intergenerational interactions. She is the founder and coordinator of Akademia Znajomych/Friends' Academy https://www.facebook.com/akademiaznajomych

Guided tour is included in the price of exhibition ticket. 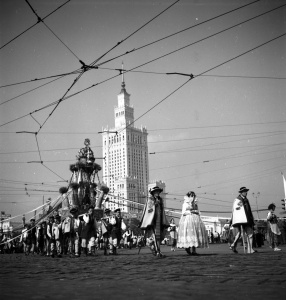 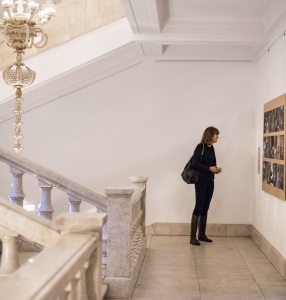 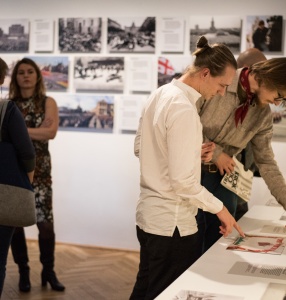