Guided tour in English
of the "Paint, also known as Blood. Women, Affect, and Desire in Contemporary Painting” exhibition

The Museum of Modern Art in Warsaw invites you to take part in the guided tours in English of the "Paint, also known as Blood. Women, Affect, and Desire in Contemporary Painting” exhibition.

The title of the exhibition, borrowed from a book by a former hunter, Zenon Kruczyński, marks a perverse reference to a term popular in hunting jargon that stands for the blood of a hunted animal. However, the show does not tell a story of the subjugation of women. The invited artists propose an affirmative version of womanhood by endowing their bodies with agency, autonomy and power of self-determination. The eponymous paint becomes a visceral, sticky matter that leads us towards the point where all meanings collapse. It blurs the categories of power and objectification, thus provoking the question of when do we look, and when do we look away?

The tour will be conducted by Marta Przasnek - art historian and master's student participating in an interdisciplinary program "Cultural and Intellectual History between East and West" coordinated by universities in Warsaw, Cologne, Moscow and Belgrade. At the Museum of Modern Art in Warsaw she works with adult audience and helps to make art accessible to visually impaired people through audiodescription. 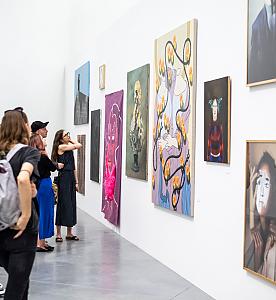 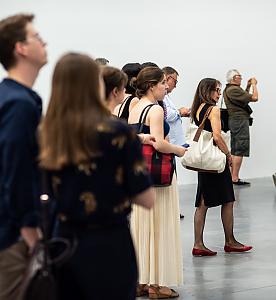 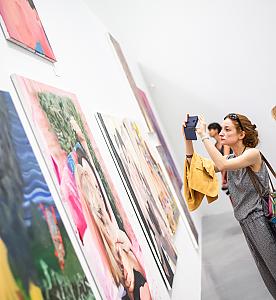