Where the West Ends?
Conference programme by Claire Bishop

In the frame of the Former West project, the Museum of Modern Art in Warsaw will hold a two-day seminar focusing on art in the former Soviet Union and its immediate zone of influence after the transition of 1991.

The motivations for turning to the East (rather than to the Former West’) are twofold, and tied to the specifically Polish context, where the Museum of Modern Art in based. The first concerns art critical frames of reference. Despite the West’s growing interest in art practices from this region, it is difficult adequately to map and describe these practices using Western artistic vocabularies, which seem insufficient and badly adapted to the post-socialist context. The second concerns points of identification. Since 1989, Eastern European artists have tended to adopt one of two polarised positions towards the West: on the one hand, expressing a strong affiliation or natural’ adhesion to the West, and on the other hand, a complete detachment from or even denial of Western models.

Russian art in the post-transition period seems to be very relevant in this regard. Despite the dominant (and frequently colonial) character of Western culture, Russian art has rarely adopted Western models. As a significant but completely separate sphere of development, post-transition art of the former Soviet Union remains a somewhat unknown quantity: obscure, unclassifiable and somehow inaccesible. What are the main developments (artistically, theoretically, institutionally) in Russia since 1991? What parallels can be drawn to the Eastern European scene? Can the new critical terminologies recently developed there also speak to the situation in Eastern Europe?

The seminar therefore aims to map the liminal zones of the West and foreground key aspects of contemporary visual art and a discourse that the West’ cannot adequately describe and account for using its existing terminologies. As such, it will provide an important counterpoint to research in the former’ aspects of both East and West.


Structure: A two-day seminar will feature four thematic sessions on the Russian scene after the transition. These categories will be refined through research trips to Russia, but the following preliminary structure is suggested. Its topics are designed to resonate with key issues already being researched in the Former West project :

1. Practices: introducing key artistic practices that have shaped the post-transitional period, with a particular focus on mapping connections between artists (contemporary and historical);

2. Exhibitions: case studies of key exhibitions, with a view to identifying shared concerns, strategies, or aesthetics with the former east and former west;

4. Discourses: analysing the key ideas, theories and critical frameworks that have shaped Russia’s self-understanding of visual art production in that context.


Key themes to be tracked in each session include:

(i) mutual projections: how Russian artists and exhibitions view the West, and how the idea of the Soviet Union is projected and imagined by Europe in key exhibitions in European institutions (both east and west) since the 1990s.

(ii) the origin and legacy of the avant-garde (developing themes from the seminar organized at the Van Abbe Museum), from the perspective of Russian artists’ own relation to that history.

(iii) a source for the split attitude between affiliation and complete denial with relation to the West.

09.45 Introduction by Joanna Mytkowska and Marta Dziewańska
Session 1: Where the West Ends?

Chair: Joanna Mytkowska
14.15 Tomas Pospiszyl: National revivals and avant-garde in Eastern Europe. An attempt at a meaningful parallel’
14.45 Edit Andras: Public monuments in changing societies’
15.15 Inke Arns: Avant-garde in the Rear-View Mirror: From Utopia under General Suspicion to a New Notion of the Utopian’
15.45 Break
16.00 Lucy McKenzie, Paulina Ołowska, Full Moon’, 2000 (screening) (to be confirmed)
17.00 Discussion
17.30 Close and thanks 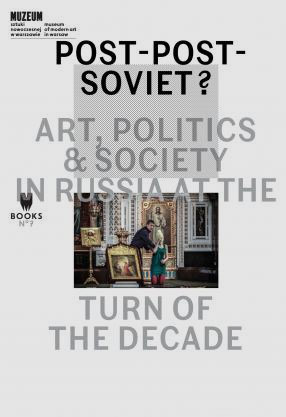 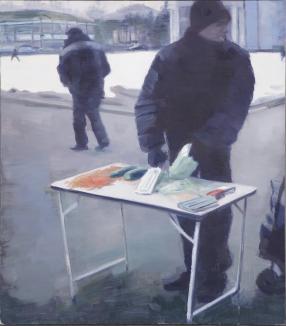 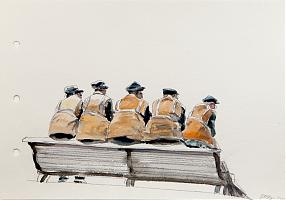