How to make art with the history of cinema?
Meeting with Philippe-Alain Michaud

The Museum of Modern Art in Warsaw and the journal „View” invites you to the next meeting in the series „Points of view” when Kuba Mikurda and Paweł Mościcki would talk with Philippe-Alain Michaud about the relation between cinema and contemporary taking the history of American avant-garde as a starting point.

"Rose Hobart", the film reedited by Joseph Cornell from a copy of "East of Borneo", a universal exotic feature film directed by George Melford in the 30’s in which the actress Rose Hobart performs, has provided to Ken Jacobs and Jack Smith, who have discovered the film together by the end of the 50’s, the model for two different reconceptualisation of the film as discourse; the first, represented by Ken Jacobs, consists of a reuse of old footage which transforms the activity of filmmaking into a sort of perpetual reinterpretation; the second, represented by Jack Smith, is a re-enactment, sometimes composed of different layers of sequences, figures or compositions borrowed from different models, which becomes a way to decipher the formal processes at work in the constitution of a filmic universe.

These two models of making cinema with the use of its history – found footage and re-enactment – can also show two possible ways of inscribing film in the field of contemporary art and also two modes of presence that cinema can have in the context of the museum.

Art historian, works at Centre Pompidou in Paris as a curator of cinema collection and cinema program. He is the author of three books: "Aby Warburg et l’image en mouvement [Aby Warburg and the image in motion]" (1998), "Le people des images [People of Images]" (2002) and "Sketches. Histoire de l’art, cinema [Sketches. Art History, Cinema]" (2006) and numerous articles in collective volumes and exhibition catalogues. He curated many individual and collective shows, most recently the exhibition "Tapis volants" in Villa Medici, Rome.

Philosopher, essayist and film curator, teaches at the Lodz Film School. He is the editor of the book series “Linia filmowa” at Ha!art which published over twenty books about cinema. He is currently working on the film about Walerian Borowczyk.

Philosopher and essayist, works in the Institute of Literary Research of Polish Academy of Science. His is the author of the book "Godard. Passages" (2010) and, recently "Idea of Potentiality. The Possibility of Philosophy According to Giorgio Agamben" (2013). 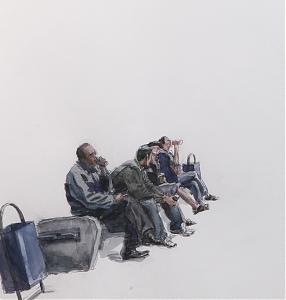 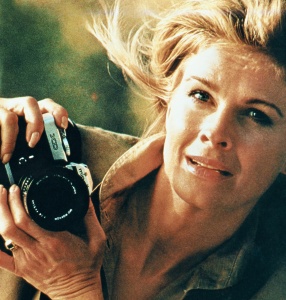