Photography: The Art of Incertitude
Meeting with Régis Durand

During the fifth seminar in the frame of „Points of View“ series Paweł Mościcki will talk with Régis Durand, one of the most important contemporary critics of photography, about its capacity to redefine itself, posing difficult questions about contemporary world and its relations with contemporary art and the institution of the museum.

The point of departure would be a suggestion that a single photo or a photographic project can be a model for thinking about photography as such and a model of its position with regards of social and institutional contexts. In the discussion we will analyze various work from the collection of the Museum of Modern Art.

Historian and critic of photography as well as a curator. He directed several important institutions of contemporary art: Printemps de Cahors (1992-1996), Centre national de la photographie (1996-2003), Jeu de Paume (2003-2006). From many years he is associated with Art Press monthly. He is also an author of many books, including: "Les Regard pensif – Lieux et objets de la photographie" [The Pensive Gaze – Places and Objects of Photography] (1988), "La Part de l’ombre" [The Part of Shadow] (1990), "Le Temps de l’image" [The Time of the Image. Essay on the Conditions of the History of Photographic Forms] (1995), "L’Excès et le reste" [The Excess and the Rest] (2006).

Philosopher and essayist, works in the Institute of Literary Research of Polish Academy of Science. His is the author of the book "Godard. Passages" (2010) and, recently "Idea of Potentiality. The Possibility of Philosophy According to Giorgio Agamben" (2013). 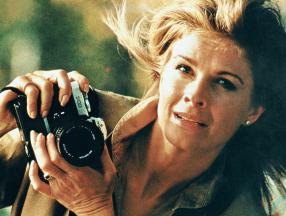