As part of the Privacy Settings exhibition, we would like to invite you to the second part of the performance of the American collective DIS; it is going to take place in cooperation with WARSAW UNDER CONSTRUCTION.

DIS is one of the most famous and progressive art groups associated with the post-Internet movement. In their interdisciplinary projects that include, among others, their cult fanzine, fashion shoots or even a self-prepared stock images base, DIS authors explore the alternative visual idiom. They often utilize advertising and corporate design aesthetics, interpreting them in a perverse and humorous way.

Great Thinkers Tech Fit is a special sportswear designed by DIS. The clothes feature the faces of philosophers revered by leftist circles (e.g. Slavoj Žižek and Giorgio Agamben). These images served as a basis for product creation.DIS reinterpret the branding and marketing strategy not only as regards objects, but also human identity, by posing a question of our contemporary aspirations related to the cult of the body and the consumption of ideas.

An annual series of performances was devised as a play with a night running convention – runners dressed in Great Thinkers Tech Fit rush along the streets of Warsaw at the dead of the night. We would like to invite you to the second edition of the run, following the route set out exclusively by DIS and referring to this year’s Warsaw Under Construction topography.

The application form will be available here a week before the event. 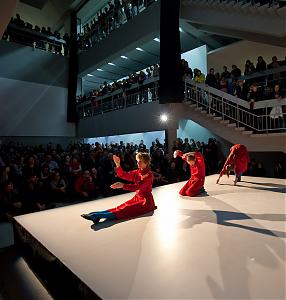 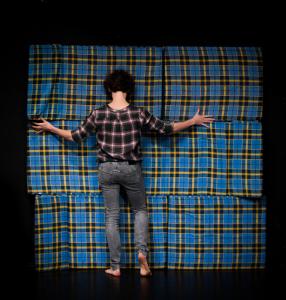