The Museum of Modern Art in Warsaw would like to invite you to the performance by Paulina Ołowska which concludes the exhibition entitled: “In the Heart of the Country”.

Moreover, Paulina Ołowska’s “Alphabet” is set in the dialogue with poems by Josef Strau, Frances Stark and Paulus Mazur which, on the one hand, are the sources and grounds for the dancers (the letters, as it were, emerge from the text read by the narrator and create unexpected dialogues with him) but, on the other, perform the function of ordinary music (their bodies – letters are more or less extravagant dance figures). Such slackening of the too rigid attitude to language and meanings, such “poetry of senses” – as Teige called his alphabet, seem to be treated by Paulina Ołowska as a way to present the flexibility and dynamism of the language, as well as the multitude of the ways of communication.

The “Alphabet” was first shown in Berlin in 2005 (Galerie Meerrettich). In 2012 it was staged in the Museum of Modern Art in New York. 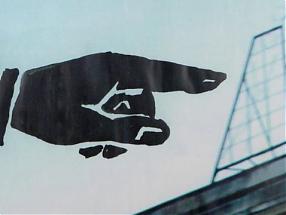 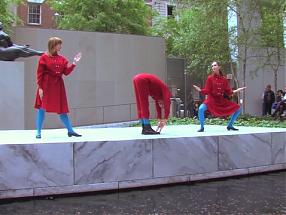