The Department of Presence is a new public program at the Museum on Pańska Street.

It is a form of an “institution within an institution,” a non-hierarchical experimental research and educational station emerging from experiments with various forms of artistic expression to confront political, social and economic issues.

The shape of contemporary debate is determined by issues of presence and absence of themes and actors in public life. The lack of a language for describing the radical changes occurring in society, the future of Europe beyond the organization of the nation state, the crisis of migration policies, the autonomization of big cities, are burning problems of modernity undergoing progressive manipulation and disinformation in the media sphere. The Department of Presence is an attempt to start from scratch—to pose fundamental questions about the shape and language of the future.

The Department of Presence tests performative forms of engagement in a specially designed space, the heart of which is the installation Demos by Andreas Angelidakis, presented previously at Documenta 14 in Athens as part of the Parliament of Bodies program, devoted to democracy, sovereignty and hospitality in contemporary Europe. The department is divided into blocks—“residency programs” for the institution, research centres, collectives, as well as individual artists and researchers who invite the museum’s audience to negotiate positions and attitudes together.

The guests at the first edition of the Department of Presence will include Kem, a platform for contemporary choreography and performance, the newly established Warsaw Biennale, an interdisciplinary public institution combining research, activism and art, and the Spanish philosopher and writer Paul B. Preciado. The Department of Presence will also feature screenings of Syrian films, digital interventions by self-styled startups, micro-residencies of performance artists, and initiatives of the Reconstruction Group aimed at seeking new meanings and applications for artistic works and practices from the 20th and 21st centuries. 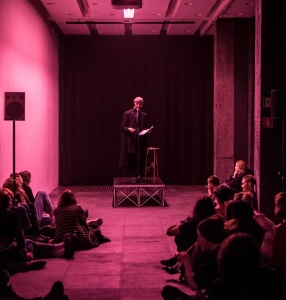