Two people watching the spatial forms of Elbląg. Sculpture by Magdalena Więcek-Wnuk, built in the frame of the 2nd Biennial of Spatial Forms in 1967 opposite the railway station, moved in the 1990s to the yard of Gallery EL. The 2,5-metre high sculpture is composed of a scaffolding, with attached two elliptic stretches of a sphere. Tysiąclecia Av. with part of he spatial composition by Artur Brunsz. Tysiąclecia Av. with the work by Gerard Kwiatkowski and Marian Bogusz, as well as Magdalena Więcek-Wnuk’s form stretched on three masts. Form by Hilary Kzysztofiak made of a caterpillar track of a tractor. “Radar“ form by Jerzy Lengiewicz. Forms by Eduard Ovčáček, Jan Wagner and Antoni Starczewski. 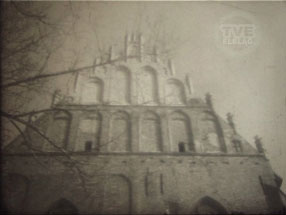 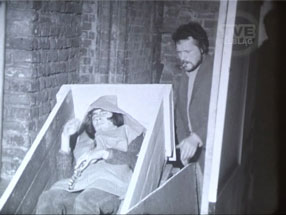 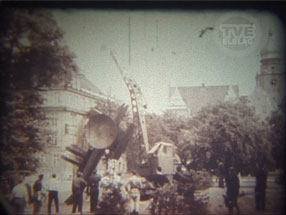 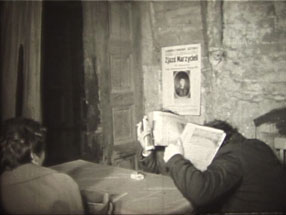 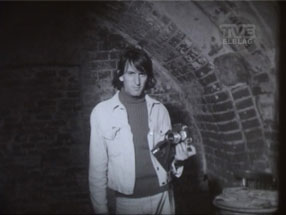 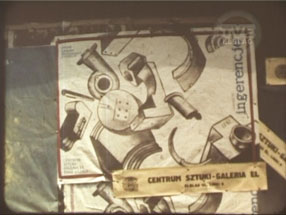 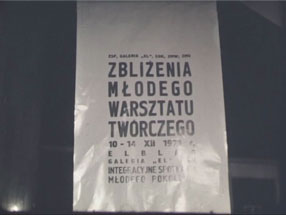 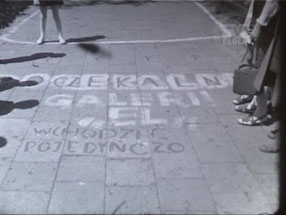 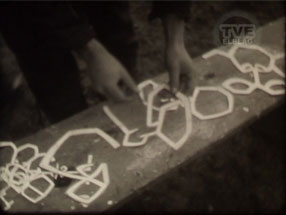 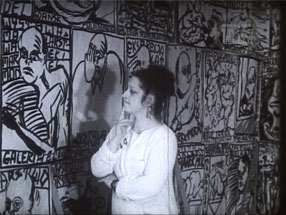