“Points of Convergence. Performance and Contemporaneity” constitutes part two of the research programme carried out by the Museum of Modern Art in Warsaw devoted to performance arts, prepared in cooperation with André Lepecki - Performance Studies professor at the New York University (NYU).

The programme aims at examining contemporary discourses that analyse broadly defined performance arts - today, such research constitutes a significant stimulus to the worldwide development of the phenomenon. Performance which, through its emancipative nature, is becoming the key form of contemporary art and arouses growing interest in the world, remains a relatively unknown and unpractised form in Poland. What is becoming more and more discernable is the lack of theoretical reflection or a dictionary that would allow to come nearer to the contemporary performance forms which, by means of experiment, enter the areas of dialogue with the theory of art, the new media, politics and the social sphere.

And it is performance itself that seems to reflect best the dynamic character of contemporary art and of contemporaneity – in the broad sense of the word. Always happening “here and now”, with its openness to the unknown, spontaneity, continuous emancipation and facing “the current”, it is a medium that causes that questions are being asked about the subject of the art, its material and language, the economy of the artist and the spectator and – first of all – about its political effectiveness. Thus, it extorts the question of contemporaneity and being contemporary – as dynamic as performance itself.

The research programme of the Museum, which was elaborated as a response to the situation, constitutes an attempt to stimulate dialogue between theorists and artists and between the theories of performance arts and the local context. The programme is composed of a series of lectures and seminars held by outstanding researchers on the phenomenon of performance representing various realms – dance, theatre, visual arts, critical studies and philosophy. Each guest invited to the programme will hold an open lecture focused around one issue, crucial for the development of performance, and a seminar for a group of Polish researcher. The leitmotif of the meetings is the quest for points of convergence of performance and contemporaneity.

Issues discussed in the series:

Curator of the series 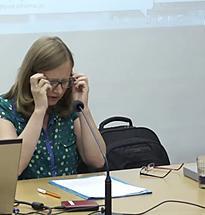 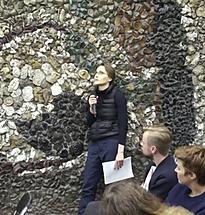