"Wooden boxes or cupboards, painted black or white, decorated with golden forms. Suspended inside, were lenghts of thread, and sometimes oblong mirror pieces. Inside, the artist scribbled his initials, the year of origin and the absurd name he had given to his objects. Threadoids wre displayed each on its own or grouped in twos or threes, in different configurations. The scrawly inscriptions, making one think of those appearing on the walls of public conveniences, underlined the trashy quality of the wooden boxes and the junk inside. The apparent aesthetic, but indicated that there was something superficial in art reception when an object attractive for its material traits was the medium of art. His Threadoids debunk themselves and show that they must not be treated as strictly artistic objects. By this, they make us aware of art's stepping not only beyond the aesthetic, but also beyond the tangible matter of things" 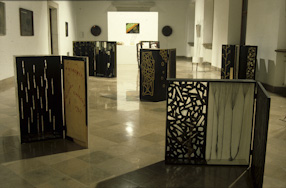 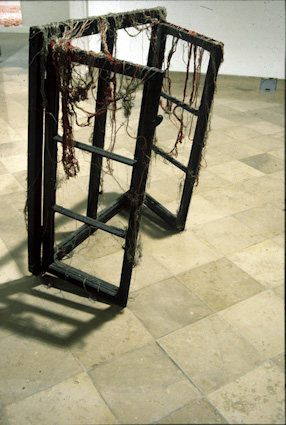 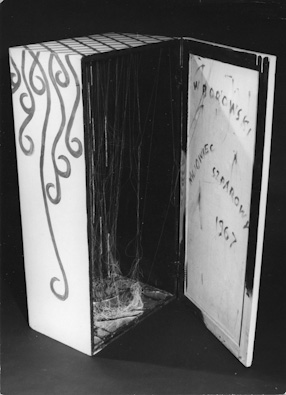 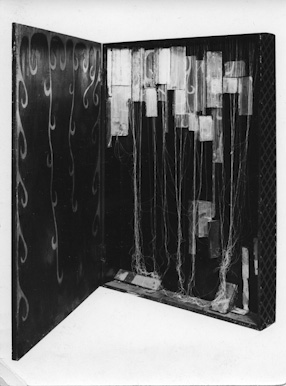 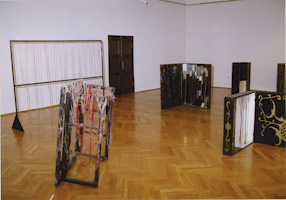 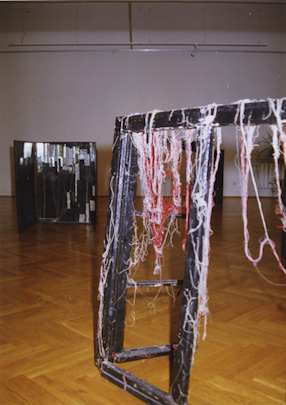 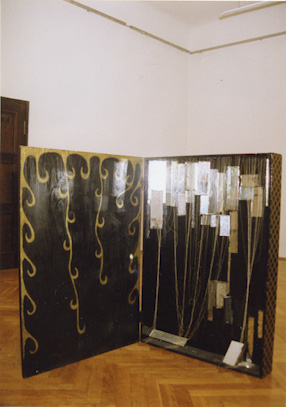 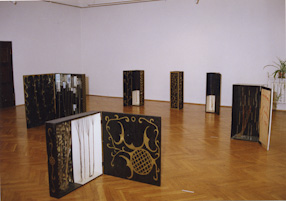 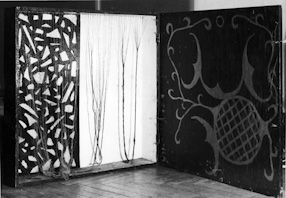 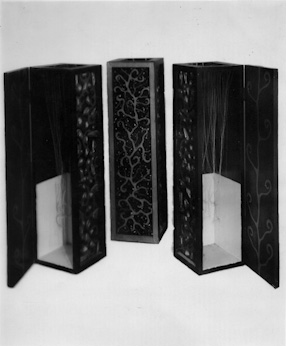 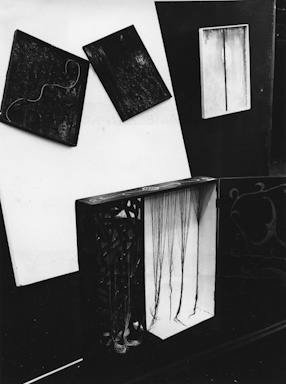 Descent from the Cross, Dormition of the Virgin, Composition (silver) and Threadoid at the exhibition \"The Playing Field\", 1972 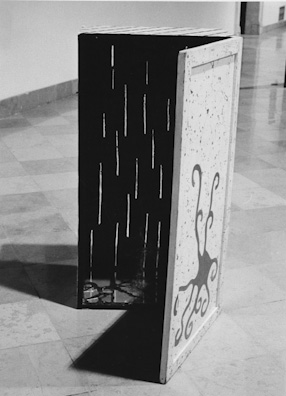 Chinky Threadoid at CCA in Warsaw, 1992 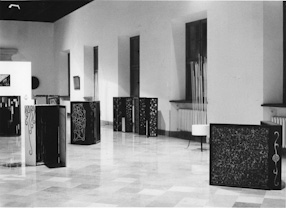 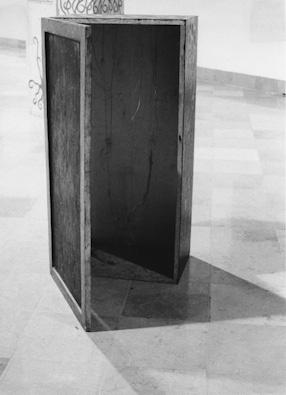 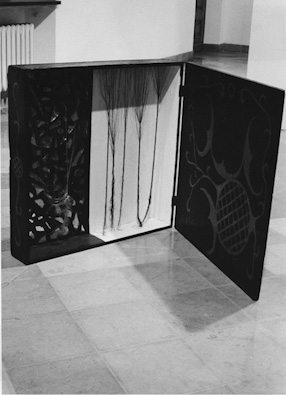 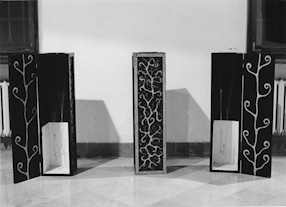 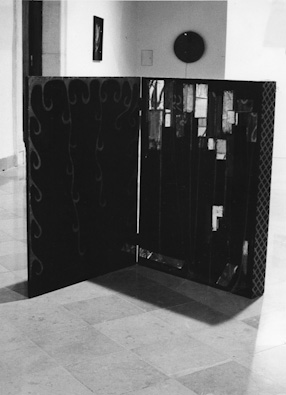 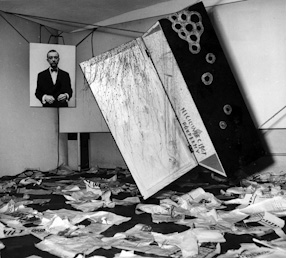 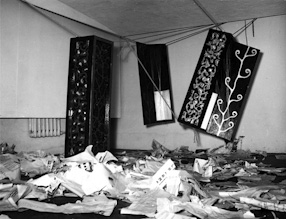 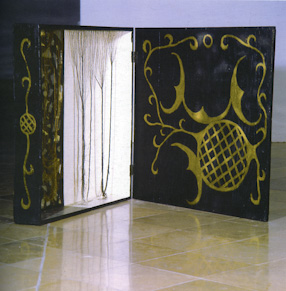