The main (though hidden) figure of the show was the artist himself. The gallery was divided in two parts - one was occupied by the viewers, the other was left for the artist. Free comunication between the two spaces was made impossible by the plastic balls, bristling with nails, hung tightly in between. In the space occupied by Borowski, pieces of mirrors were placed (both still and mobile), which reflected parts of the gallery interior and the viewers. The visual part of the show, could not practically be seen, as the flashes of the spotlight, directed at the audience, rhythmically going on and and off made all perception impossible. The author himself - not seen by the viewers - was hidden deep inside his room, watching the reactions of the audience. 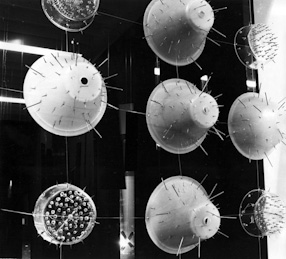 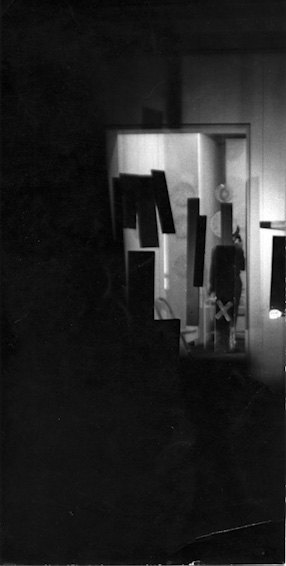 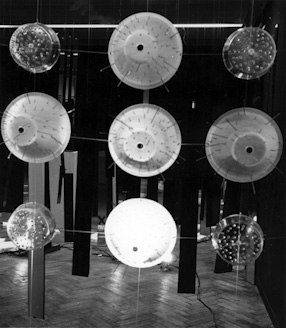 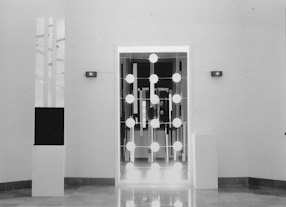 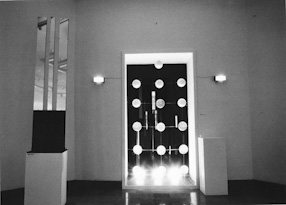 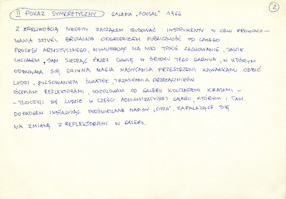 Description of the II Syncretic Show