In the Near Future. Warsaw

In summer 2008, Sharon Hayes did a series of performances in the streets of Warsaw, entitled In the Near Future. Warsaw. The artist used slogans and quotes from bygone strikes and demonstrations in the very places where those protests were originally held. She observed people’s spontaneous reactions to the now anachronistic-sounding slogans concerning social or political issues, like those chanted at factory rallies during the Cold War (Who consented to the Vietnam war?). Hayes offers passers-by slogans stripped of their original historical context, and tries to reintroduce them for public debate. It is an attempt to alter the way history is perceived and understood, as well as a reference to protests today, when the Warsaw demonstrations by miners, nurses, teachers, sexual minorities, or right-wingers attract media and public attention. The artist is interested in the future of democracy and the potential power of “voices on the streets”. 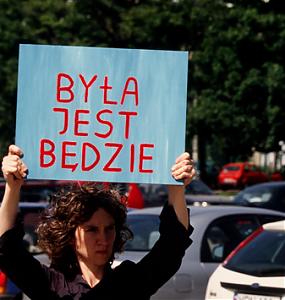 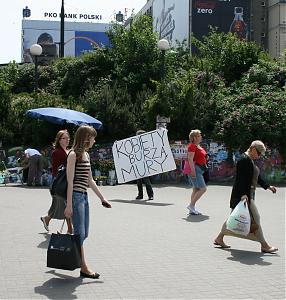 Sharon Hayes. In the Near Future