Gdynia. First Congress of the Cynical Youth of the Atomic Era – New Music

On 9 February 1986, the premises of one of Gdynia’s shipyards hosted performances by leading bands from the young alternative scene. Praffdata was not invited to the Congress of the Cynical Youth of the Atomic Era. They performed courtesy of the band Pancerne Rowery, whose members let their Warsaw friends on stage. For their quarter of an hour concert Praffdata chose their classic form of expression: total improvisation, noise and chaos. According to the Congress participants, the whole room of young fans of “new music” went mad for a moment when, right before the concert was interrupted by the communist police, the Warsaw band took out a Lenin’s portrait from behind the scenes, which had been left there after a political party event. The group members were arrested, but released soon afterwards. 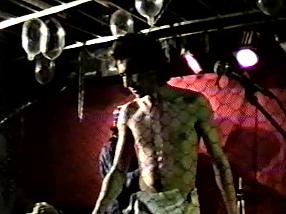 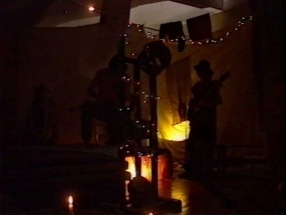