This film by Anna Molska features the folk choir “Jarzębina”, from Kocudza, a village in the Zamość region of Poland. In addition to a broad repertoire of songs sung to mark different festivities and customs, the band also performs at funerals, singing songs in the tradition of village lamentation. The artist does not expose the folklore, exotic to the contemporary viewer, but presents the coarse recording of ritualistic grief and mourning, devoid of any folk ornamentation. What is important in Molska’s film is the clash of two, seemingly incompatible, worlds: the local traditions, customs, and folklore cultivated in the region, and the institutionalized world of art. It is also possible to observe in this film the method of community praxis promoted in the studio of Professor Grzegorz Kowalski, a lineage that can be further traced to Oskar Hansen’s theory of the open form. This film was produced at the Centre of Polish Sculpture in Orońsko. 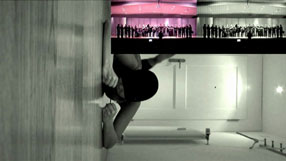 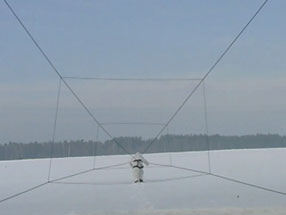 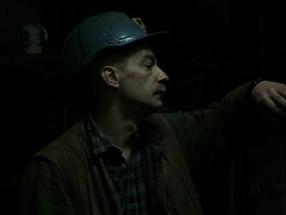