Far from Poland is the most important film by the American director and theorist Jill Godmilow (b. 1943), inspired by the strikes at the Gdańsk Shipyard in August 1980. It is a groundbreaking work in the history of experimental documentary filmmaking which challenged the conventional ways of building the narrative and pursued reflection on the medium itself and its limitations in representing political events and conflicts. The film about the “Solidarity” trade union became a manifesto of the innovative concept of “dramatary” – a dramatised documentary that inhabits the borderland of non-fiction cinema, feature film and contemporary art (featuring strategies known from video art and performance). Godmilow’s entire practice is situated on the crossroads of the worlds of film and art: on the one hand, the artist received an Oscar nomination and an award at the Sundance festival, while on the other hand – her work is present in the MoMA collectionin New York and she participated in the Whitney Biennial.

In August 1980, the artist stayed in Poland to shoot a film about Jerzy Grotowski, and after her return to New York she could no longer count on obtaining another visa. Still, she decided to tell the story of the then nascent “Solidarity” in her film Far from Poland. The main axis of the work is formed by three staged interviews published in 1981 in the Polish press: with Anna Walentynowicz, a censor code-named K62 and a miner, whose figure was created on the basis of several journalistic materials. Godmilow’s re-enactment marks one of the pioneering applications of the now widespread performative strategy. The staged scenes are interlaced with excerpts from reportages from Poland and purely fictional footage.

Far from Poland is an important supplement to the rich experimental film collection of the Museum of Modern Art not only due to its historical significance, but also the modern-day urgency of questions concerning artists’ political engagement and the potential of artistic representation of social conflicts. The film also offers an opportunity to confront local narratives about the most recent Polish history with a “distanced perspective,” which opens new fields of interpretation for those works in the collection that refer to the Communist past, the year 1989 as well as the country’s political transformation and its consequences. 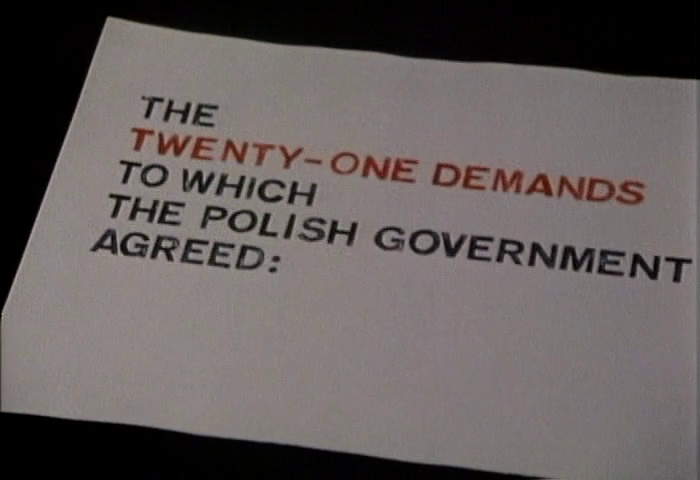 "August Demands" - original plates from the film "Far from Poland", 1983 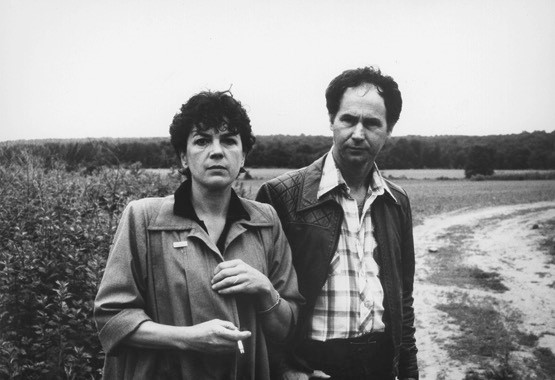