The piece comprises three independent parts whose plot is unrelated: A Deer Running in Front of Hunter’s Eyes, It’s Not the Point to Catch but to Chase It, Tomasz Mróz and Wojciech Pawelec Discuss Revelations.

Zborowska builds a visual identity of the countryside using a range of commonly known elements: an old tractor, a roadside Virgin Mary chapel, fields stretching to the horizon, forest paths. Despite clichéd references, she avoids lapsing into stereotypes concerning the provinces as the above images serve merely as the backdrop for village dwellers to appear against in subsequent scenes. The eponymous “looks like” therefore refers to a story about common visions of the countryside that we all share. Each episode marks an attempt to tap into a different convention in order to depict the countryside: in the first, creational one, a young boy sings a hunting song to the camera; the second, affective one, is an attempt to capture the liveliness of frolics in the rhythm of a song by the classic Polish band Skaldowie about chasing a rabbit; whereas the third, observational episode portrays a personal conversation between two men. 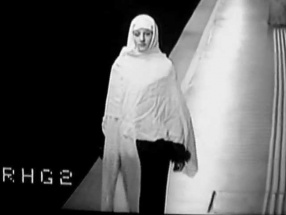 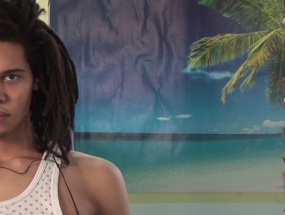 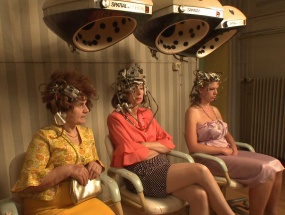 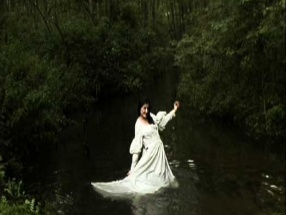