Jerzy Truszkowski shot the video Farewell to Europe one day before his conscription into the army, therefore right before his subjectivity was symbolically taken away from him by the military machine of the communist state. The work gathers features characteristic of the artist's practice (affiliated at the time with the 'chip-in culture' in Łódź): challenging the figure of a leader, authority, symbols of pan-individual ideologies and the necessity to act out social and political roles. The work also revolves around the exploration of the self-creative potential of an individual, so characteristic of Truszkowski.

The artist formed in the mid-1980s an artistic commune (alongside Zbigniew Libera, Barbara Konopka and Jacek Rydecki), whose participants led an intensive 'colourful' life as a means of protest against the existential ugliness and stagnation in Poland under martial law. It is worth highlighting that Truszkowski belonged to the so-called lost generation of the 1980s – generation who happened to live the most creative years of their lives during the barren and depressive era of martial law. The harsh social and political realm was accompanied by a crisis in the philosophical and artistic sphere, related to the domination of postmodernist philosophy, asserting the rupture, chaos and anxiety of the contemporary world, no longer organised by any meta-narrations. That situation compelled the effort of self-creation, generating personal self-utopias and asking oneself the most fundamental questions related to one's own existence. 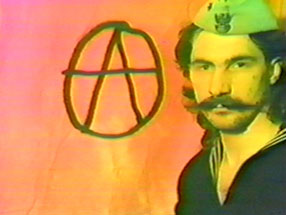