The organisers of the 2nd Plein-air, having considered the suggestions of the participants of Osieki ’63, gave up the international character of the event in favour to a meeting of artists with scientists and theoreticians of art. This was expressed in the programme principles which, apart from points related to popularisation of modern art and establishment of conditions for creative artistic activity in an atmosphere of exchange of thoughts, included also idea dealing with “initiation of a discussion in the fields of modern art, philosophy and aesthetics”, “creative confrontation of artistic ideas in the world of current orientations of scientific research in the selected fields of science”. [...]

'The new conditions are supposed to facilitate the confrontation and mutual penetration of artistic viewpoints and the contemporary scientific ideas. Thus, the name >2nd Koszalin Plein-air – The Meeting of Artists and Scientists<. The new aspect, reforming somewhat the character of the event, does not bring about a weakening of the >working< activity; on the contrary, it implies that the event will be enriched with a tone of creative controversy which may appear in several discussions. Therefore, among wholeheartedly welcome plein-air participants there will be also theoreticians and critics of arts, as well as scientists'. (Osieki 64 Information Folder)

Janusz Bogucki co-operated with the Organisation Committee including: Jerzy Fedorowicz, Ignacy Bogdanowicz, Ryszard Siennicki, Ludmiła Popiel and Melania Grudniewska. The sessions of the Organisation Committee were conducted by Henry Jaroszyk, the Director of the Department of Culture by the Presidium of the District National Council; The authorities realised quite quickly how dangerous it may be to leave the initiative in the hands of the artists themselves. They rapidly took advantage of the situation and corrected the plein-air invitation lists, by adding Teresa Jakubowska (Warsaw) and Stanisław Poznański (Poznań), as well as by supporting the Maria Ewa Łunkiewicz's idea to extend the group of participants by scientists and critics. This enabled the reduction of the number of 'abstractionists', as well as neutralised the requirements posed by the Koszalin artists for 'a wider represntation of the local environment.'

The 2nd Plein-air took place in Osieki between the 26th August and the 15th September 1964, with the participation of 26 artists, 6 critics and theoreticians of art, and 4 scientists.

During the Meeting, the scientists held the following lectures: Paweł Beylin - "Art and Nature", Maria Kempisty - "Cybernetics and art", Jan Żabiński - "A Zoologist for a Plein-air". The critics and theoreticians os art focused on the presentation of the latest tendencies in art: Jerzy Ludwiński held a lecture on "The contemporary artistic expression", Hanna Ptaszkowska discussed "The Latest Tendencies in Art". Alexander Wallis, a sociologist, dealt with "The Social and Artistic Situation of an Artist in the Times of Mass Culture". Julian Przyboś conducted a reminiscence evening on the 1st Plein-air and "Talks about Poetry". Janusz Bogucki and Maria Bogucka guided numerous incoming tours around the didactic exhibitions in Osieki. 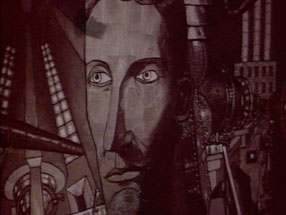