Small Change documents Franciszek Orłowski’s project that consisted in releasing into circulation a penny – the lowest value coin – with a microfilm frame hidden inside it. The photograph is a snapshot of the “wailing wall” in London – the place where emigrants, mostly Poles, come to look at adverts that could get them at least a low paid job. The same place was portrayed in Leszek Dawid’s documentary Bar in Victoria Station (Bar na Wiktorii) from 2003. The image inside the penny has a symbolic dimension and carries a powerful social message. The coin which Orłowski released is doomed to travel from hand to hand forever, and with its extremely low value it will always form a marginal part of any sum of money. 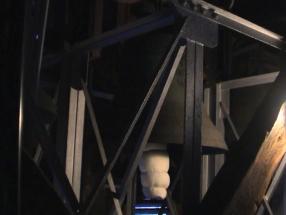 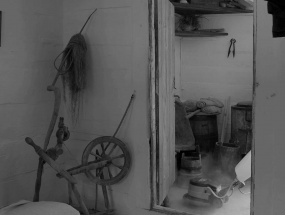 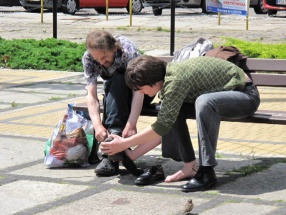