Documentation of Anna Okrasko’s performance in Berlin, 2012, The artist writes:

Justus Story is the storyboard for a non-existing film, which combines characters from various “Robin Hood” movies with the architecture of the Justus van Effen Complex in Rotterdam. This housing estate was designed by Michael Brinkman in 1922, is located in the Spangen district of Rotterdam, and has been scrutinized for a high immigrant population, crime, and poverty. The complex is now under renovation and the inhabitants have been resettled.

The works plays with the notion of displacement: using the Dutch modernist architecture as a backdrop for the English legend about claiming a space. The storyboard features the figure of the Other (in this case: Robin Hood, who is a heroic outlaw), coming from outside the community in order to support the people’s struggle to defend their own homes. This figure I find present in many films about the same subject, such as: Seven Samurai (1954) or Never-Ending Story (1984).

The performance Justus Story took place in 2012 in Salon Populaire in Berlin. I presented pages from the storyboard, in sequence, to the viewer, sitting on the opposite side of the table. By reading aloud texts from the work, I created a voiceover commentary to the pages of the storyboard, animated by my performance.

Quoted from the artist’s portfolio. 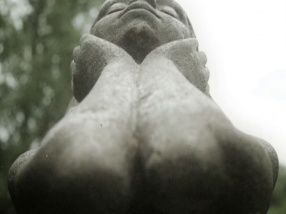 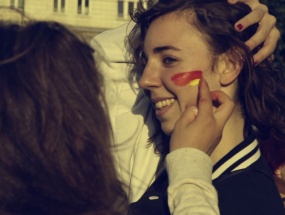