American Girl is a video-story about a young careerist who arrives in New York City and strives to become a genuine American. With her vision of the city and the American lifestyle derived from films and music videos – popular culture made in the US – the main character begins to develop her own reality that has little in common with the authentic “American life.” When she narrowly escapes being immobilised by tangles of chewing gum, the protagonist notices that her take on the American laid-back style turns into a source of discomfort, while hiding in a park with a camera like a paparazzo is guaranteed to attract other people’s unsolicited attention. The more American she wants to be, the more caricatural she becomes. The more of an urbanite she wants to be, the more provincial she becomes. The work is a series of short films – hastily sketched ideas for various incarnations of the American Girl.

(note courtesy of the artist) 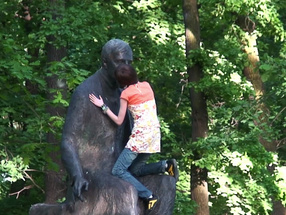 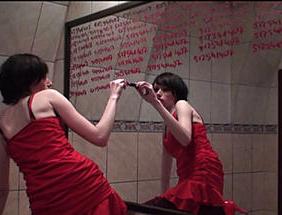