This film inaugurates Bartana’s “Polish trilogy”, building on the complex Polish-Jewish relations as the point of departure towards a more universal narration about the figure of a stranger or newcomer. Sławomir Sierakowski (leader of the Polish leftist group and magazine “Krytyka Polityczna”) acts here as an activist who passionately invites Jews to come back to Poland. The derelict Tenth Anniversary Stadium in Warsaw provides the scenery of his passionate speech: “Jews! Fellow countrymen! People! Peeeeople! This is a call, not to the dead, but to the living. We want 3 million Jews to return to Poland, to live with us again. We need you! We’re asking you to return!” Bartana relates here to the timeless aesthetics of propaganda films, e.g. Leni Riefenstahl’s Triumph of the Will from 1934 (where the stadium also becomes an scene of political manipulation), but also the earlier Zionist film chronicles targeted at Jews settling down on the Palestinian territories. 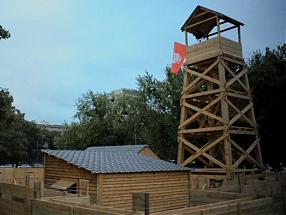 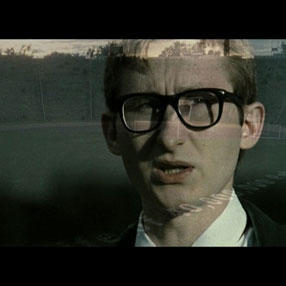 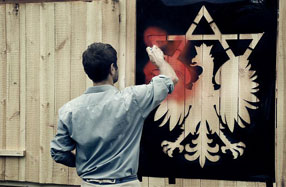