Włodzimierz Borowski. Works and reconstructions
Ann Reynolds: The Point of No Return

On a winter’s day in early 1970, a building contractor hired by Robert Smithson backhoed dirt onto a derelict woodshed on the campus of Kent State University until its central beam cracked.

Although he documented the process of making Partially Buried Woodshed, Smithson claimed, as he did about all of his contemporary site works, that he was interested in this aspect of the work only insofar as it was absorbed into the experience of the work afterward....“after the truck pulls away.” Inevitably, what all of these works do after the truck pulls away is collapse. While at Kent State, Smithson referred to this situation as the “built-in breakability” of the work. Once the beam crack appeared, the act of destruction and its consequences could not be undone, and the crack clearly articulates a boundary between before and after at the very point of no return. In this sense, it materializes time as a marker of a fixed present tense just as it signifies a temporal – and physical unraveling. The physical presence of both temporalities heightens an awareness of the continuous physical presence of entropy; it is not just a hypothetical concept or a fixed set of documentary images. Curators rarely convey the complex temporal dialectic of entropy that works such as Smithson’s Partially Buried Woodshed embody because they choose to represent the work through a chronological timeline of images, from construction to dissolution or as a single, self-sufficient image. Artists, on the other hand, have been much more effective at representing Partially Buried Woodshed as a point of no return and as a work that exists in the present. Sam Durant’s Partially Buried 1960s/70s Dystopia Revealed (Mick Jagger at Altamont) (1998) and Tacita Dean’s From Columbus, Ohio to the Partially Buried Woodshed (1999) provide particularly effective curatorial models for reiterating and translating the specific entropic dynamics of Smithson’s work for a contemporary audience. 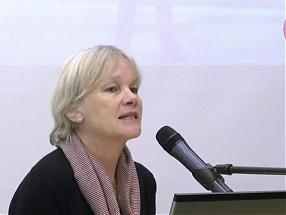 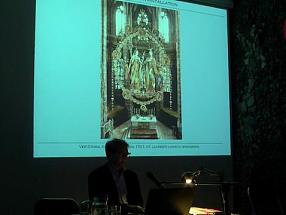 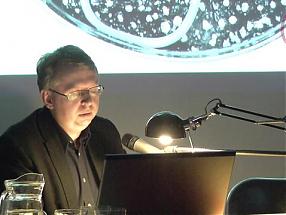