In October 2016, Pope.L, one of the most important contemporary artists in the United States, produced in Warsaw a film spot made especially for the Museum of Modern Art in Warsaw and starring the actor Mirosław Zbrojewicz and members of the Museum public.

Titled PLAMA (in English THE SPOT), the spot is an intervention that undertakes the theme of anger and conflict, and the socioeconomic alienation of an individual, which manifests itself in the current crisis of attitudes towards the war refugees. The spot is a gift to the people of Poland from an African American.

The artist wishes the spot to serve as a viral social campaign, engaging those who ready to defend the human rights and the values of the open society.

Poland faces an immensely challenging cultural phenomenon. The most open and vital component of the society, Poles between the ages of eighteen and twenty-four, today express negative opinions towards the acceptance of refugees from war-torn regions outside Europe (78% of this age group*). The majority of Polish society displays openly negative attitudes towards the acceptance of refugees from the Middle East and Africa: only 4% of Poles express their full support and conviction that Poland should accept and allow the permanent settlement of refugees from these regions. If only 1–19% of society claims to know someone of Muslim origin, what are then the reasons behind the adoption of a radically unhumanitarian position?

During the tough and economically impoverished postwar years’1948–1950, Poland accepted close to 12,000 refugees from civil-war torn Greece and Macedonia. Thousands of Chechen refugees were welcomed after the recent conflicts in the Caucasus. Today demonizing and dramatizing the issue of Muslim refugees of war only serves to turn society’s attention from the real problem: the fear of this generation (and not only), facing the challenge of living in precarity; balancing on the edge of becoming an economic refugee in their own country.

(born 1955) is an American visual and performance artist and educator whose work investigates preconceived notions embedded within contemporary culture, and tests the rigidity of false categories. He is considered one of the most important and influential contemporary artists in the U.S. He is perhaps best known for his provocative performances, such as "Eating The Wall Street Journal" or "ATM Piece", and his decades-long series of crawls across New York City, commemorated in eRacism, a retrospective which showed at several prominent museums and galleries. His "Black Factory" project toured the East Coast and the Midwest. "Pull!", a durational city-wide community performance piece, engaged hundreds of residents of Cleveland, Ohio, to manually pull a truck for 25 miles as a testament to the power of shared labor.

*Statistical data drawn from the CBOS study, “Stosunek do przyjmowania uchodźców w Polsce i w Czechach” [Attitudes towards the acceptance of refugees in Poland and Czech Republic], March 2016.
http://www.cbos.pl/SPISKOM.POL/2016/K_054_16.PDF 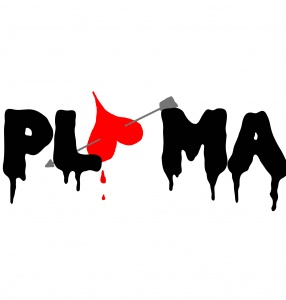