How to leave Piłsudski Square? How to free ourselves from the trap of a dispute concerning a mere few excessively prominent and controversial monuments? And how to do that without abandoning the idea of the monument altogether – a public medium of memory?

What does the silent and invisible majority of the capital city’s monument landscape look like, and what could it look like if we reinvented the monument?

Apart from delivering a report (on how many monuments fill the streets and squares of Warsaw today, what they look like and who they represent) and offering a critique (how does the hefty and apodictic configuration of the plinth, background and figure work?), Monumentomania, our proposal for the autumn of 2019, also focusses on the reparative potential. We therefore seek alternative forms of public remembrance: forms that recount the past anew, establish different relations with the viewers in the current public space, and perhaps can thus offer new ways of thinking about the future.

Concentrating on Warsaw as a space exceptionally saturated with landmarks that serve the production and consolidation of social memory, we at the same time look at a question that is broadly discussed, surrounded by media attention also outside Poland. Many places across the globe see monuments toppled while others are erected. And although similar gestures and kindred forms are often underpinned by completely contradictory intentions, there is no doubt that in an era of ephemeral and freely circulating images, an “archaic” material monument firmly embedded in the landscape – for these very reasons – becomes a focus of social emotions, acquires meanings and agency, not always according to the intentions of those who erect it.

Given the striking topicality of monuments, we undertake efforts to reclaim this medium. Our assumption is that a mere struggle for transforming the set of individuals and events recognised as historic is not enough – even if this set is to become the most progressive, revolutionary and emancipatory. Phenomena from beyond the current canon will not fit onto a traditional plinth. For plinths are a building block of the canon. That is why Monumentomania will function primarily as an artistic laboratory of new forms of monuments. Without changing the forms, we will not succeed in changing the vision and purpose of evoking the past. Without changing the forms, history will remain a domain of supposedly outstanding and steadfast individuals guiding the society from one turning point to another.

The 11th edition of WARSAW UNDER CONSTRUCTION will be held at the ZODIAK Warsaw Pavilion of Architecture, primarily in the square in front of the building. This year, the festival comprises three components of equal importance: a monument “exhibition” in the public square, a small-scale exhibition on the two storeys of the ZODIAK pavilion, and a public programme: debates, workshops, guided tours and discussions about new forms of monuments. 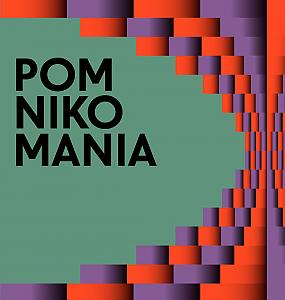 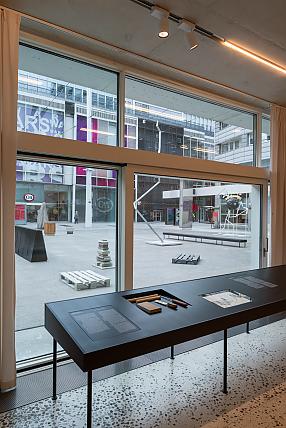 11th edition of the WARSAW UNDER CONSTRUCTION festival SAT, Oct 5, 2019