Truszkowski noted ten concerts of the band between October 1985 and September 1988. “Though we did a cover of Coltrane called ‘Love Supreme’, we were mainly inspired by post-industrial punk, e.g. DAF,” recalls Libera.

The presented footage comes from a concert recorded in 1986 at one of the clubs in Lublin (probably “Areus”). The same year saw the band’s performances in Lublin at the Catholic University’s students’ event “Kullages'86”. Libera played the piano, and Truszkowski was on vocals, like a year before when they performed at the 2nd outdoor workshop of Kultura Zrzuty [Chip-in Culture] in Teofilów, the sound recording of which is deposited in the archive of KwieKuliks’ Studio of Activities, Documentation and Propagation (PDDiU). They also took pictures then for their potential album cover. One of them appears before the concert footage. The band performs to date.

ilustration no.: 1815
title: Syphylitic Touch of a Bitch. Sternenhoch in Lublin, 1986

OTHER FOLDERS THAT CONTAIN THIS OBJECT 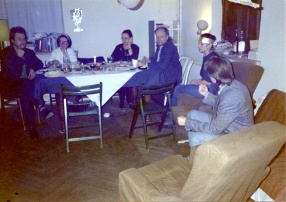 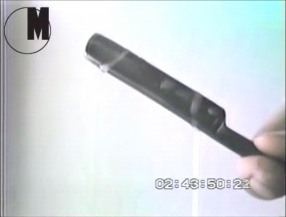 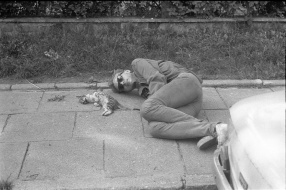