Sternenhoch is an experymental band, where, among others, played Zbigniew Libera. The group got together in 1985, and the personnel changed multiple times. In the band played the following: Zbigniew Libera (bass, electric guitar, piano), Barbara Konopka (electric viola), Ryszard Idziak (drums), Barbara Wysocka (bass, vocal), Jerzy Truszkowski (vocal), Anna „Mirosawa“ Nowak (vocal). In the years 1985-1988 the band played over 10 gigs, among other during Culture of Gathering residency in Teofilów, in Lublin club „Areus“, during student party in Lublin Kullages'86. Many band's performances ended in scandal. On artistic inspiration of Sternenhocha Zbigniew Libera says: „We ecen played one cover of Coltrane's Love Supreme, but we were firstly inspired by industrial punk, by bands such as DAF“. The band is still active. 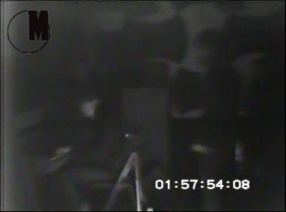