The installation by Mirosław Bałka and Mirosław Filonik was presented as part of an exhibition entitled I Could Live in Africa. More than anything else, this work of art offers an excursion into the exotic – from today’s perspective – world of the 1980s. Back then, a heated August (Gdańsk Agreement) was followed by the cold December of 1981. Apocalypse Now was about to hit the screens and tanks were making their way through the streets. Television and radio programs were broadcasting General Jaruzelski grimly announcing the imposition of martial law.

Borders were closed. Curfew was ordered. People queued in front of empty grocery stores. Power and gas supplies were constantly interrupted and petrol was rationed. A whole generation of people entering adulthood faced the prospect of the already collapsing system being frozen, of despair, of no future. An army of tanks and the Security Service of the Ministry of Internal Affairs (SB) were responsible for maintaining this state of affairs. The communist government controlled means of production and their distribution almost entirely. Official publications were discredited and it was the task of the so-called “second circulation” to fight the communist regime. The opposition had its most important ally in the Catholic Church. Cinemas, theaters and art galleries were shut. The young generation could either cynically pursue a career in public structures, join the resistant underground or choose abnegation. They were surrounded by propaganda and its duplicity on the one hand. On the other, there was Radio Free Europe, “blotting papers”, political demonstrations and exhibitions at the churches. There was no air, people were stifling. All this resulted in subcultural eruption. 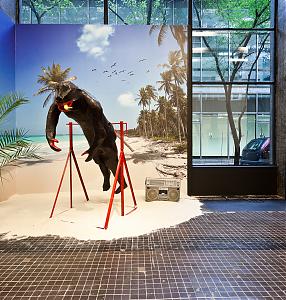 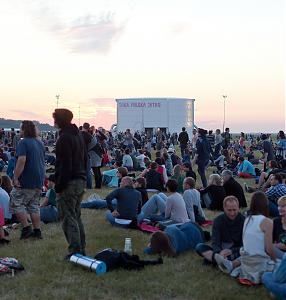 Show Us Your Dreams

Exhibition of the collection of the Museum of Modern Art in Warsaw at the Open’er Festival 2014 Jul 2–5, 2014