The performance programme of the Museum of Modern Art in Warsaw is the expanse of interdisciplinary exchange and presentation of the most interesting events from the borderline between visual and performative arts.

It consists of a research programme, “Points of Convergence. Performance and Contemporaneity” – monthly cycle of meetings and workshops focused around the latest discourses on performative arts, as well as of a programme of artistic events which holds a dialogue with the research programme.

In view of the changes that took place in the contemporary culture and the crucial experience of system transformation, the programme “Performance at the Museum” is thought-out, firstly, as a pursuit of grasping the emancipation potential of performance.

The creation of and participation in the performance mean ability to confront the unknown, resignation from ready-made scenarios, stepping outside of the logically weaved, easy to predict linearity. It means boldness to be “here and now”, with its inherent uncertainty and danger. It gives the chance and possibility of “an alternative”. On the other hand, knowing how to speak about performance means ability to grasp the dynamics of the present which – like contemporaneity – is never constant, but always in motion. While the programme of lectures aims at searching for contact points between performance and contemporaneity and for the language used for describing them, the cycle of events organized at the Museum is inclined to test them and complicate even more.

The artistic part of the programme consists of performances and choreographic commissions which serve as an extension of the cycle focused around the Museum’s collection, realized in 2013 in cooperation with Monika Szczukowka. It is also a continuation of the series of choreographic events organized under the common name: “A Stage for Dance”.

Reaching out for various contexts, practices of actions and aesthetics, the programme is inscribed in the wide plain of contemporary art: it induces to think over the issues that are key not only to performance but also to foundations of the identity politics – to the question of subjectivity and corporeality, authorship, participation and political effectiveness. 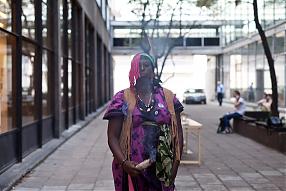 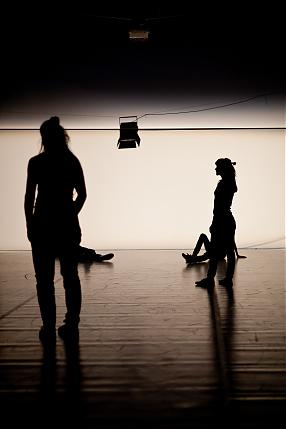 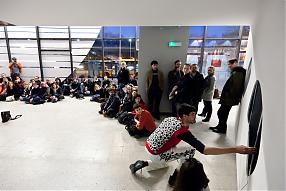