The programme consists of a cycle of discussions involving professional artists whose works refer to autobiographical, biographical and collective issues.

The formation of a biography independently of the authorities and institutions in power has been the ambition of Polish citizens and earlier of the inhabitants of other Western countries for well over a decade now. Personal biographies are built not only by "ordinary" citizens that are also active on Facebook, for instance, but also by those that were excluded. This inclination to construe one's own public image is closely related with social changes and the formation of an individual democracy.

What transformations does this concern? How is the spirit of the time and culture manifest in these biographical and autobiographical constructions?

The expansion of the individual democracy is connected not only with an explosion of autobiographism but also with its power in culture and social life. This can also be seen in the uninterrupted flow of biographies that are published. However, it is also worth asking how they process history? What instruments are used to identify the past and the future?

In addition, the crisis of great coherent narratives has led to a shift towards personalised stories enabling a great variety of aspirations, life styles, values on which they are based and on which collective life should be built. Thus, biographism and autiobiographism carry an emancipatory and subversive potential with them and also give us a broader and clearer view of society as it actually is. The body, understood not only as the subject upon which social experiences are impressed but also as an individual and collective subject of social life, is an important instrument of such narrations

Biographism and autobiographism, however, also support the tendency of searching for and construing individual and group identities that radically separate them from other social worlds. Such mutual identity separation mechanisms also shape culture and society. Is it not the case, however, that on the one hand, they enable minorities to have an autonomous and clear voice, while on the other, they weaken the sense of a common fate?

Each of the above statements can be equally well investigated, which is why these and many other topics will be the point of the discussions held with invited guests: 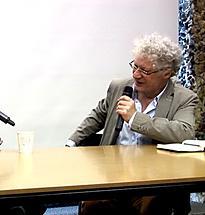 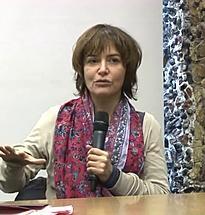