The Museum of Modern Art in Warsaw invites the public to a meeting with Anri Sala, a former student of Edi Hila. The discussion will be led by Kathrin Rhomberg, co-curator of the exhibition "Edi Hila: Painter of Transformation".

Born in 1974 in Tirana, Albania, Anri Sala is a graduate of the departments of painting and sculpture at the Albanian University of Arts, where he encountered the work of Edi Hila. After receiving his diploma, he studied video art at the École nationale supérieure des Arts Décoratifs in Paris and completed film directing studies at Le Fresnoy—Studio national des arts contemporains in Tourcoing. He now lives and works in Berlin.
Sala is one of Albania’s most recognized artists. He is the winner of the 2014 Vincent, the 10th edition of the Benesse Prize (2013), and a young artist prize at the Venice Biennale (2001). He has participated in numerous group exhibitions, such as the Havana Biennial (2015), the Sharjah Biennial (2013), the Gwangju Biennale (2012), Documenta (13) in Kassel (2012), and the São Paulo Biennial (2010). In 2013 Sala represented France at the 55th Venice Biennale. 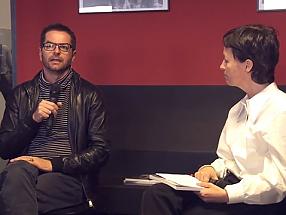